Raiders News: Raiders Say No To Drafting A QB At #5? 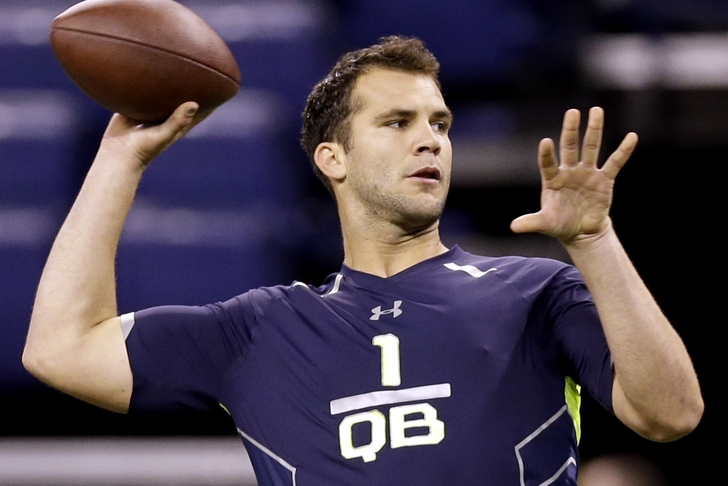 In Raiders news today, the Oakland Raiders may not even be considering drafting a quarterback with the fifth overall pick in the 2014 NFL Draft -- preferring to look deeper in the draft for a potential franchise signal-caller.

Per Michael David Smith of Pro Football Talk, Vic Tafur of the San Francisco Chronicle is reporting "that the Raiders aren’t really considering drafting either of the top two quarterbacks, Johnny Manziel of Texas A&M or Blake Bortles of Central Florida, with the fifth overall pick."

This completely contradicts the words of Raiders general manager Reggie McKenzie, who has made it clear that the Oakland Raiders are leaving all options open in regard to finding a quarterback of the future -- despite trading away a sixth round pick to the Houston Texans to acquire new starting quarterback Matt Schaub.

If the Raiders decided to bypass the entire draft when it comes to quarterbacks, Matt McGloin will most likely go into camp as the Raiders' backup quarterback with Trent Edwards also lurking around as a challenger for that spot.