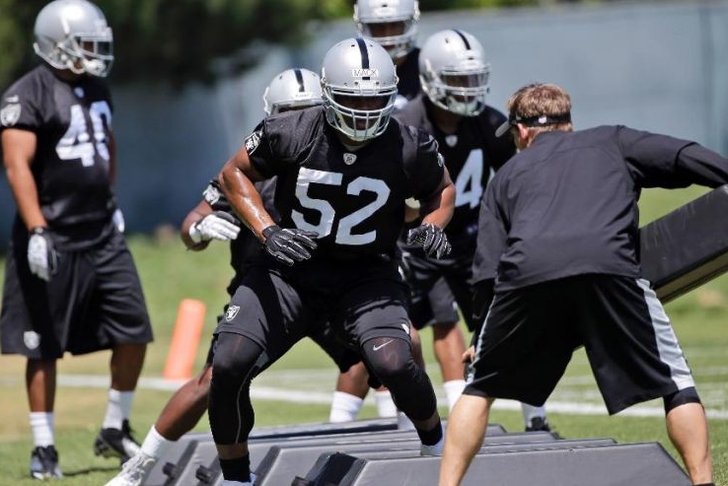 Despite Oakland's 0-6 start, rookie LB Khalil Mack is quietly having an excellent campaign.

Pro Football Focus has Mack rated as their best first-round draft pick through seven weeks, and his 16.8 rating makes him one of the two first-rounders in double digits (the other is St. Louis Rams DE Aaron Donald).

PFF gives players performance ratings each week that stack on top of each other over the course of the season, so the 17.0 is essentially his cumulative score up to this point. Nearly half of the first-round class (15/32) has a negative rating, with #6 overall draft pick Jake Matthews of the Atlanta Falcons bringing up the rear with an almost-impressive -27.8.

Mack has played 396 snaps so far this season, the fifth-most of any 2014 first-round pick, while arguably the two biggest names in the first-round class (Jadeveon Clowney and Johnny Manziel) have combined for just 28. Earlier this month, PFF also rated Mack as the NFL's best linebacker against the run (rated against all players, not just rookies or first-rounders).