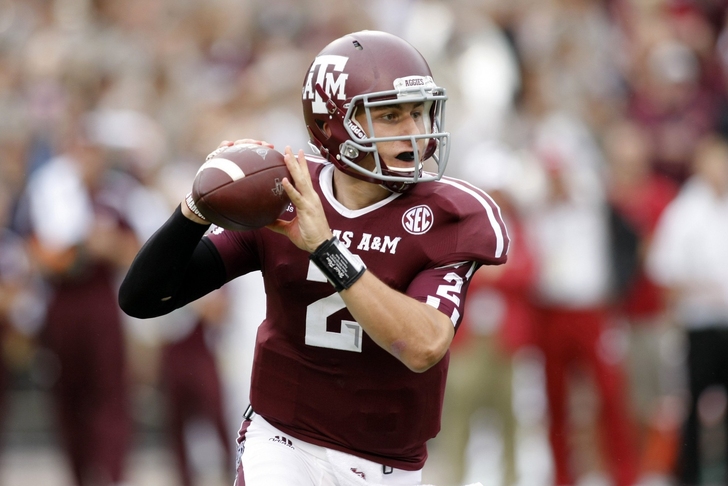 In a cool bit of Raiders news for the end of your work week, one of the 2014 NFL Draft targets most-linked to the Oakland Raiders in draft rumors over the past few months gave his dad the experience of a lifetime this weekend.

After a week of visits with clubs, Johnny Manziel surprised his dad with a weekend trip to Augusta for the Masters. Pretty cool gesture.

Johnny Manziel spent two days with the Oakland Raiders early this week, and has seen his draft stock amongst teams in the top-10 of May's NFL Draft fluctuate based from report to report since he declared for the draft early this past winter.

Johnny Football's gift to his father is just another bit of positive news for the polarizing quarterback, as reports earlier today surfaced that Manziel scored a very impressive 32 on the NFL's Wonderlic test.