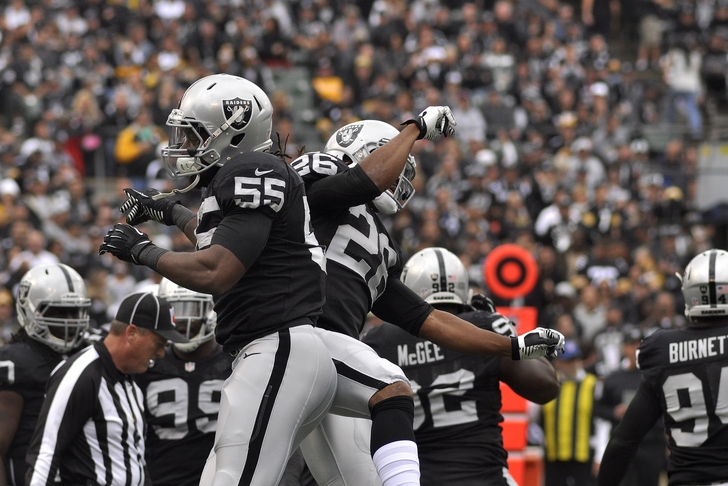 Transitioning from 0-10 punching bag for lazy NFL columnists to legitimate playoff spoiler in just three games, the Oakland Raiders delivered a major blow to the playoff hopes of the San Francisco 49ers on Sunday with a more-than-impressive 24-13 home win.

For Oakland, Sunday's success started and ended with the emergence of a pass rush that has been seemingly AWOL for the majority of the 2014 NFL season.

The Raiders sacked 49ers starting quarterback Colin Kaepernick five times - the most sacks for the franchise in a game since the Raiders swarmed Pittsburgh Steelers QB Ben Roethlisberger five times on October 27th, 2013.

“I think we won some one-on-one matchups in there today and I think that hurt a little bit,” head coach Tony Sparano said. “Toward the end of the second half [Kaepernick] got out of there a couple of times on us and that’s dangerous. But I think for the most part we were able to close the pocket in there.”