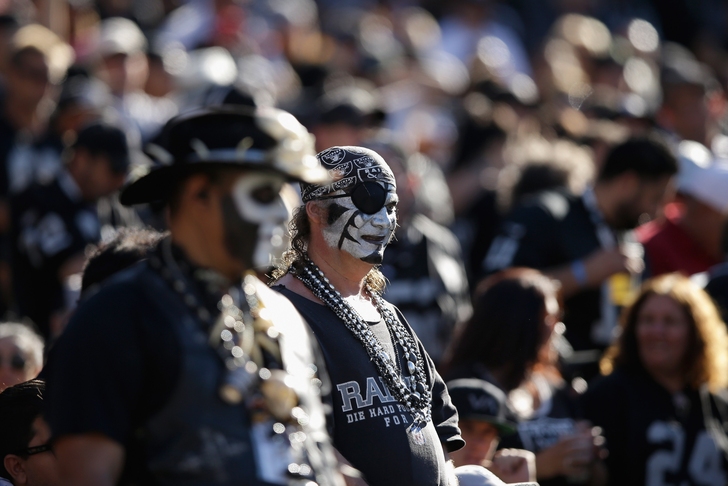 When the Jacksonville Jaguars closed as favorite on their home turf against the Tennessee Titans on Thursday Night Football this week, the Jaguars became the 31st of 32 NFL teams this season to be favored by oddsmakers. The only team who hasn't? The Oakland Raiders.

Per Mike Wilkening of NBC's Pro Football Talk, the Raiders "have been underdogs in 22 consecutive regular-season games. They were one-point favorites vs. Philadelphia on November 3, 2013, a game they lost 49-20. The Raiders’ underdog streak is poised to extend to 23 games; the Bills are 6.5-point favorites at Oakland on Sunday."

Oakland hasn't been an easy win for gamblers looking to bet the favorites this year, however, as the Raiders are 7-7 against the spread - the exact same record as the Denver Broncos who have been favored in 12 of their 14 contests this season.

As of Friday night, the Raiders are 6.5-point underdogs for Sunday's home finale at O.Co Coliseum against the Buffalo Bills.