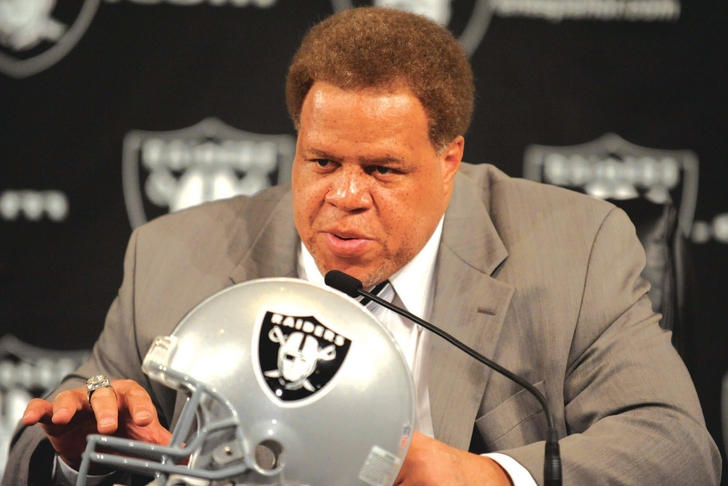 The Oakland Raiders took an admirable step one in free agency this past offseason, adding several key veteran pieces without breaking the bank. Step two? That will likely be to make a huge splash on the market next year.

Here's Jason Fitzgerald of the Sporting News with his analysis of the Raiders' 2016 situation:

The Raiders will have up to 16 unrestricted free agents in 2016, but it is unlikely any of them would be signed over the summer to an extension. The most likely candidate is receiver Rod Streater, who is playing the year on $2.356 million restricted free agent contract. But with the addition of Michael Crabtree and Amari Cooper, the team may just wait to see how everyone looks before making any long-term commitments.

Though it is difficult for fans to accept, it seems as if all planning has been geared to the 2016 offseason. If QB Derek Carr and LB Khalil Mack lead the Raiders to a respectable season in 2015, McKenzie will likely see the time being right to spend on high-quality players in free agency to improve the talent around a core of young stars the team found on draft weekend.