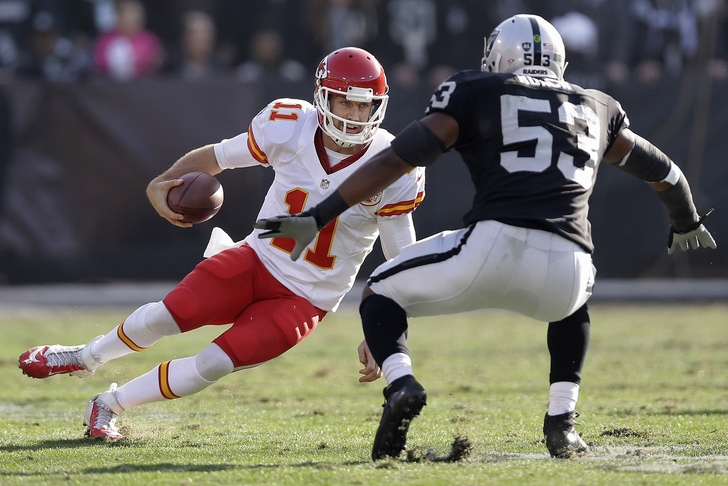 In this Raiders news and rumors update, Oakland Raiders MLB Nick Roach is still feeling effects after a concussion he suffered on August 22nd.

However, according to the San Francisco Chronicle's Vic Tafur, Roach is making steady progress towards an unspecified return date:

#Raiders MLB Nick Roach said he is feeling better, can’t rush coming back from a concussion. Had 2 or 3 with the Bears

Roach played every defensive snap for the Raiders last year and was a key cog for the Oakland defense's plans at the outset of the 2014 NFL season.

At the current moment, Miles Burris will be utilized in a starting role in his stead with Kaluka Maiava to continue to get playing time as well in the middle of the Raiders' defense.

Roach's leadership in the middle will be sorely missed regardless of who's in there replacing him, but the Raiders are unwilling to set a timetable for his return - especiallly with his past history of head injuries with the Chicago Bears.