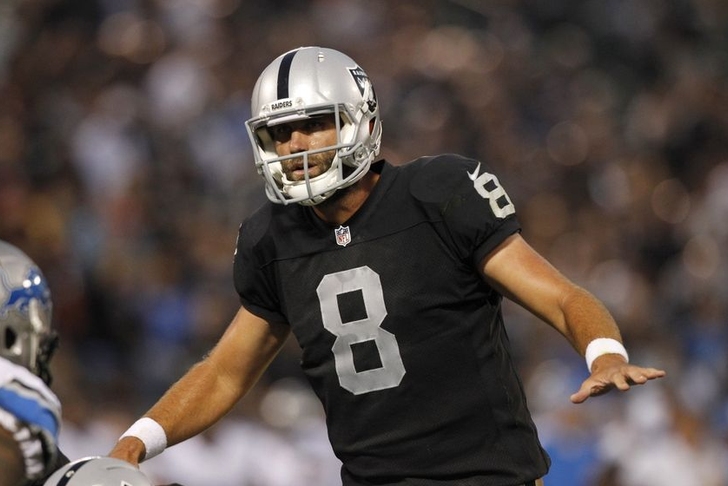 Raiders QB Matt Schaub did not travel to London with the rest of the team for Sunday's game against the Miami Dolphins, and now we know why - according to NFL Media, his pregnant wife required emergency surgery.

A two-time Pro Bowler for the Houston Texans, Schaub was traded to Oakland in March in exchange for a sixth-round draft pick. Rookie Derek Carr eventually won the starting job prior to Oakland's season opener against the New York Jets.

Second-year QB Matt McGloin will take over as Derek Carr's backup in Schaub's absence. We wish the Schaub family all the best at what must be a trying time.