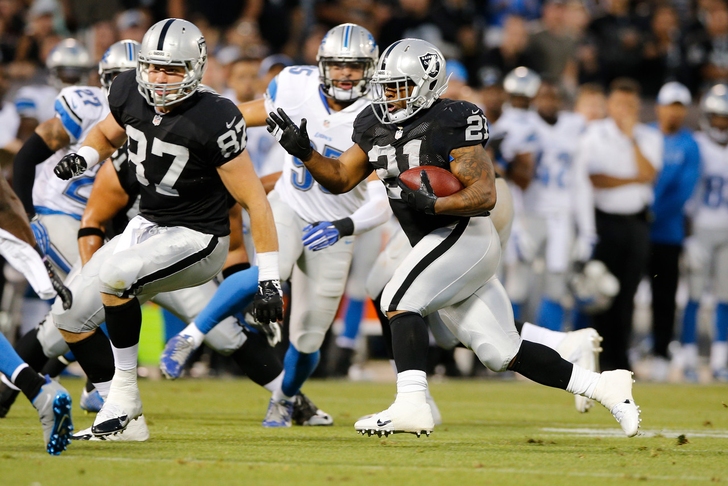 Want all the latest in Raiders news and rumors? Download our 5-star iPhone app today!

Oakland Raiders running back Maurice Jones-Drew isn't just confident about his status for Sunday's game in London against the Miami Dolphins. He's got the confidence of a real-life superhero.

“I think, more than anything else, it was about making the coaches feel comfortable with me going out there and being able to protect myself,” Jones-Drew added. “This week I feel great blocking and carrying the ball in my right hand. If I’m able to do that, they’ll be more comfortable letting me go out there and compete a little bit."

No guarantees, but it seems increasingly likely that Maurice Jones-Drew is going to play on Sunday

Jones-Drew has been out of action since injuring his hand against the New York Jets in Week 1. He practiced fully with the team on Thursday.