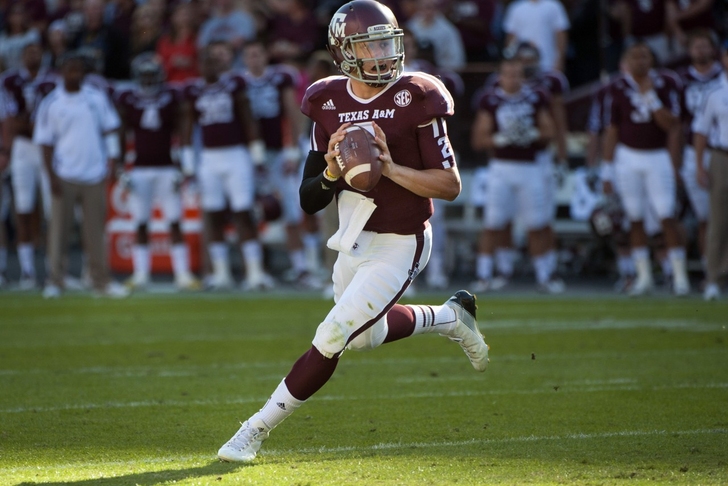 In a "will they or won't they?" edition of Raiders news for your Sunday, the Oakland Raiders could be seriously weighing the option of having Johnny Football studying under the tutelage of new starting quarterback Matt Schaub for the 2014 NFL season.

Per ESPN.com and ESPN NFL insider Adam Schefter, former Texas A&M quarterback Johnny Manziel will be a guest of the Oakland Raiders for the next two days, sparking major rumors over whether or not the Raiders are serious about picking the flamboyant signal caller with the #5 in May's NFL Draft --

"Manziel flew to Oakland on Sunday morning following his appearance Saturday night at the NCAA basketball tournament Final Four games in Arlington, Texas, according to the source. The former Texas A&M star will visit with the Raiders on Sunday night and Monday."

This is not Manziel's first go-around for a pre-draft visit, as he also visited the New England Patriots earlier this week according to sources close to the situation.

With Raiders general manager Reggie McKenzie's assertion that the Oakland Raiders will most likely trade former starting quarterback Terrelle Pryor before camp starts in August, the chance that the Raiders will target a quarterback in the draft becomes more likely that ever.

Raiders fans will just have to wait and see if that quarterback happens to be Johnny Manziel.