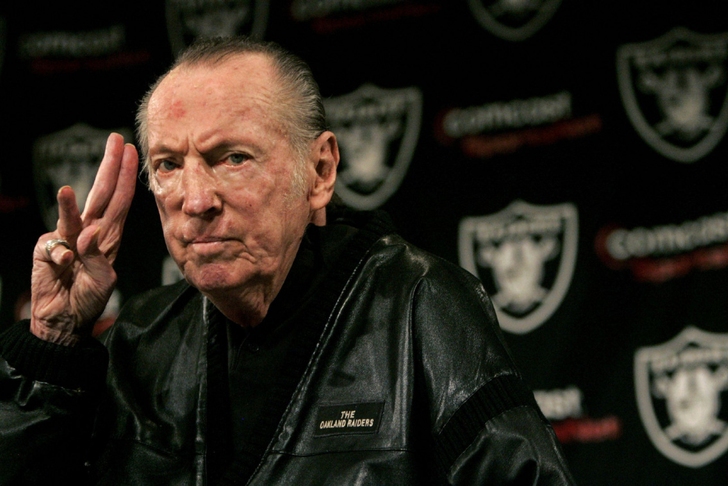 In an exclusive interview with Cam Inman of the San Jose Mercury News, San Francisco 49ers head coach Jim Harbaugh talked about the major impact late Oakland Raiders owner Al Davis had on his life back when Harbaugh was an assistant with the team in 2001-02:

"Certain people, coaches, have a profound, positive outcome on somebody's life," Harbaugh said, via Inman's article on Monday. "And Al Davis had a profound, positive outcome on my life. Not just professionally, but family, as well. There aren't days that don't go by where there's something that affects my family or my job, that I learned from him. Very thankful and a lot of gratitude for those two years that I worked for him."

Harbaugh even recalled a meeting with Davis way back in 1992 where the legendary Raiders owner asserted that the now-49ers head coach would end up with the Raiders one way or the other:

"I had met him to shake his hand. He'd be down on the sidelines when I was playing. He'd always shake hands or interact with players from his own team but also players from other teams. I enjoyed those interactions. Then, must have been the offseason of 1992, I visited the Raiders, had a workout down in El Segundo, and about a two-hour conversation with Mr. Davis. It felt like 15 minutes. And then, they didn't end up signing me, they ended up signing Jeff Hostetler. But the last thing he said after the conversation was, 'You'll be a Raider someday. You'll be a Raider.' (Laughs.) Then when he hired me, that was the first thing he said: 'I told you you'd be a Raider.'"

You can read Inman's entire sit-down interview with Harbaugh at this link.