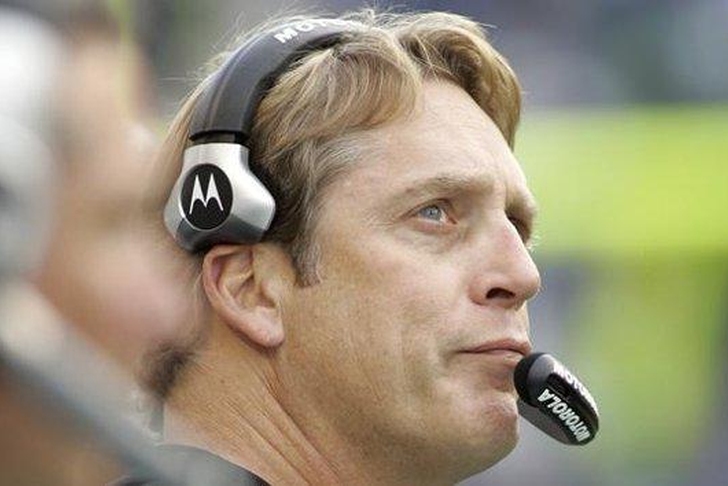 Vic Tafur of the San Francisco Chronicle has some interesting details about the process that ended with the Raiders hiring Jack Del Rio.

An East Bay native whose family still attends Raiders games on a regular basis, Del Rio is the kind of candidate Al Davis would have chosen. His black leather jacket became his trademark look while he was head coach in Jacksonville, and he's a strong motivator who inspires fierce devotion among his players. While there are questions about his offensive prowess and his ability to sustain success (he had an overall record of 68-71 in Jacksonville), he was easily among the top names available to the Raiders. Other candidates like interim HC Tony Sparano and former Redskins/Broncos HC Mike Shanahan were in the running, but ultimately neither proved to be a step above the rest, and both were unable to make the same kind of impression on Davis and McKenzie that Del Rio did.