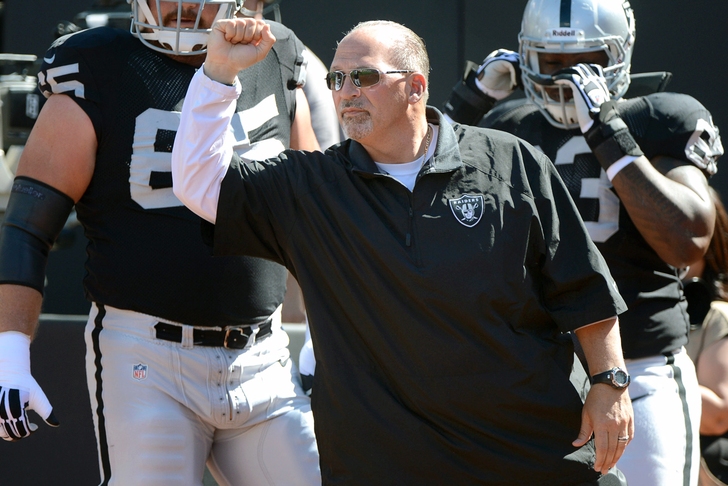 Oakland Raiders interim head coach Tony Sparano isn't one to take the credit when things go well for the teams he coaches.

So, when left tackle Donald Penn handed Sparano a game ball after Thursday's 24-20 victory over the Kansas City Chiefs, he did his best to defer the spotlight.

“I have gotten some game balls before [and] quite honestly, probably none more meaningful than that one,” Sparano said, via Michael Wagaman of ESPN.com. “I say that because of what this team has been through and how far we’ve had to come; and how much the guys have stayed together in that locker room. But really, they’re the ones that deserve the game balls. Our owner, our GM, those people and all of our fans that were out there last night. It was fun last night to go out to dinner and see Oakland Raider fans out there last night with a smile on their face."