Raiders News: Greg Little ready to prepare like "every day is Sunday?" 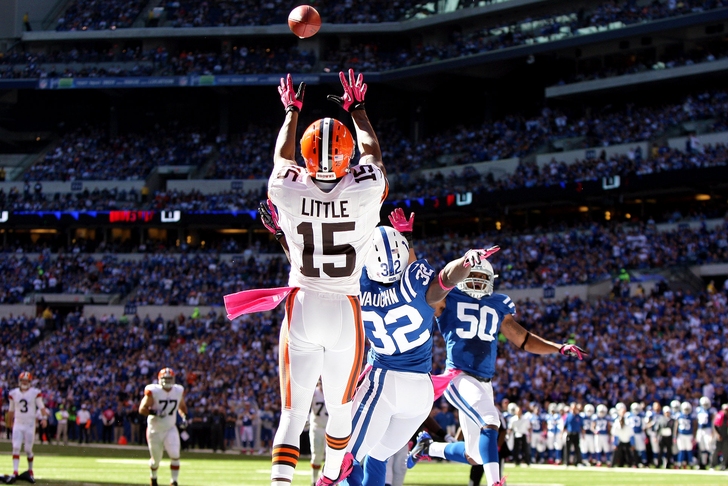 In Raiders news tonight, the Oakland Raiders are hoping that wide receiver Greg Little can return to the form which made him look like a can't miss prospect just a few short seasons ago.

Per Chase Ruttig of FanSided.com, Greg Little has been attempting to overhaul is entire approach to his off-field mentality: "Preparation is something that Little says he has been working on as well as a focus on fundamentals that he hopes translates into success when put in the high pressure and high speed of game situations."

Whether or not Little can actually turn that preparation into results has more to do with his ability to maintain that type of focus, rather than any actual refining of his athletic talents.

“It’s the way that you prepare and the way you go about things,” Little stated, via Ruttig's article. “That’s what it comes down to. If I prepare like every day is Sunday, you’ll see changes in my play as well.”

While Little has seen a sharp decrease in production since his rookie year in 2011, there is still tremendous upside to be had if he can somehow keep his head completely in the game.