Raiders News: Five teams the Raiders could trade with on draft day 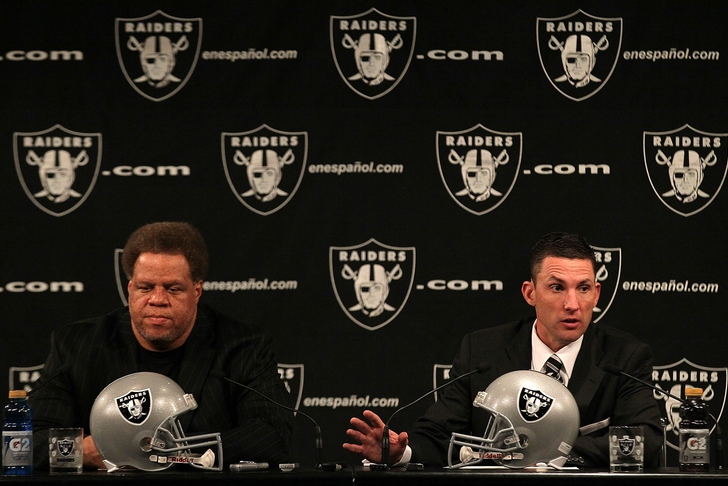 In Raiders news tonight, ESPN.com's Todd McShay has a list of teams he thinks the Oakland Raiders could potential partner with on a draft day trade.

In an article written by Paul Gutierrez on ESPN.com, McShay is said to believe that "the Atlanta Falcons, Tampa Bay Buccaneers, Minnesota Vikings and Buffalo Bills" could make excellent trade partners for the Raiders, along with possibly the New York Giants at the #12 spot in the draft.

When pressed for who he thinks may be the best fit for the Raiders to potentially secure a bevy of draft picks in return for their fifth overall pick, McShay highlights the Atlanta Falcons as the team to watch --

"Let's say Greg Robinson goes in the first four picks," McShay stated, "Atlanta's going there at 6, and they're highly concerned about not getting, I think, Jake Matthews. Just my opinion. They could want to move up one spot just to solidify to make sure no other team moves up and goes and gets Jake Matthews, because I think he fits better in terms of what they're looking to do."

"I would look at Atlanta as a threat, if I need an offensive tackle."