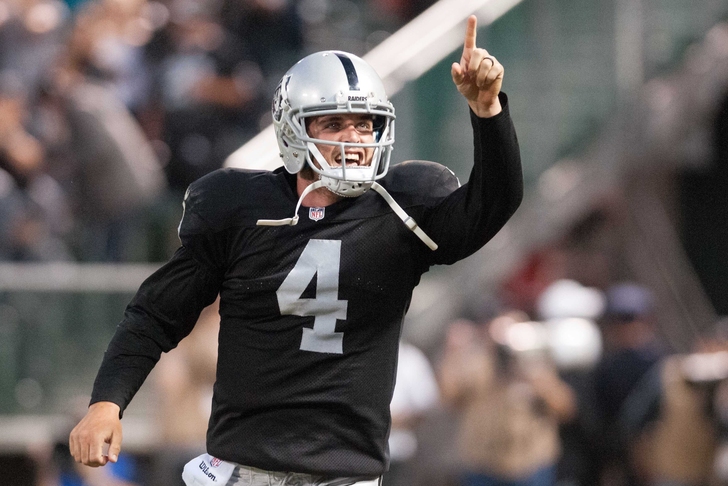 It's not about stats for Oakland Raiders rookie quarterback Derek Carr, nor is it about how he his perceived around the NFL.

All Carr cares about heading into the Raiders' Week 4 clash against the Miami Dolphins is winning game number one in 2014.

"That’s all I care about," Carr said this week, via Bill Williamson of ESPN.com. "I’ll throw five touchdowns or five picks, I could care less. I just want to win. That’s all this game is about. That’s all that matters in the NFL. I learned that quick. I learned that margin of winning is that close ... You learn how hard it is to win in this league and you learn how hard it is to get that first one. That’s what I’m learning right now, how much it really takes to get one win, let alone 16 ... Hopefully we’ll get it this week. I don’t make any promises, I can tell you that. Hopefully we can get it this week, that’s obviously the plan. We definitely need to get it and hit this bye week. Seventy five percent of our season is still out there. We’re focused on this one, and hopefully we get this one."

The Raiders have lost an NFL-worst nine straight games dating back to 2014, including last week's heartbreaking 16-9 loss in New England against the Patriots. Also, only one team has made the playoffs after starting 0-4 since the expansion of the playoffs in 1990 - the 1992 San Diego Chargers.

With all that in mind, expect the Raiders to come out firing as they try to enter their bye week on a winning note.