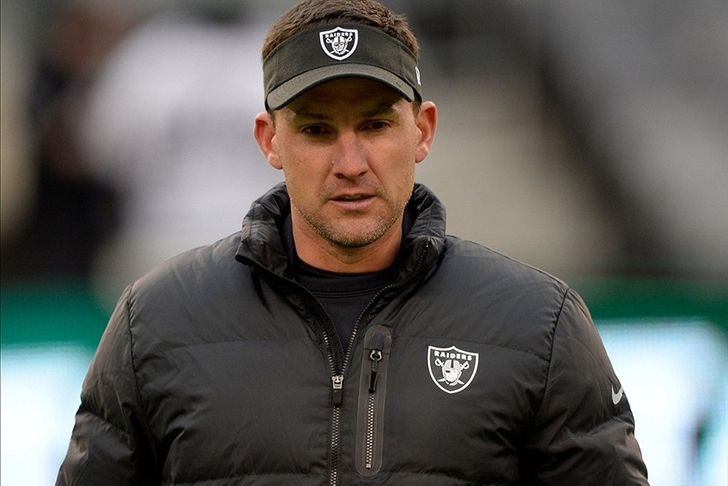 Update 5:58 pm: According to Steve Corkran of the San Jose Mercury-News, the planned meeting between Dennis Allen and Mark Davis has been pushed back yet again and did not happen Tuesday. Six or seven Raiders assistants reportedly agreed to one-year contract extensions, an indication (but not a guarantee) that Allen will return in 2014.

Dennis Allen's status with the Oakland Raiders is unchanged, and the coach was not fired after meeting with Raiders owner Mark Davis on Tuesday, according to CSN Bay Area's Fallon Smith. Allen told reporters "I have nothing for you" in the Raiders' parking lot following the meeting, a strong indication that his status with the team is still unresolved. It's unlikely Allen has been fired at this point in time, given that he told a team PR personnel member that he'd be back in the morning.

Dennis Allen told us he has nothing for us. Told PR guy he's just leaving for the night. #Raiders

Allen's future is up in the air, reportedly because of his unwillingness to fire any of his assistant coaches, a move Davis reportedly favors. It's currently unclear which staff members could be affected by Davis' mandate or if there's been any kind of resolution over who will be retained in 2014.

Allen is 8-24 as the Raiders' head coach, and went 4-12 in both 2012 and 2013. The Raiders will have cap room available this summer for the first time since Reggie McKenzie took over following the passing of legendary owner Al Davis.