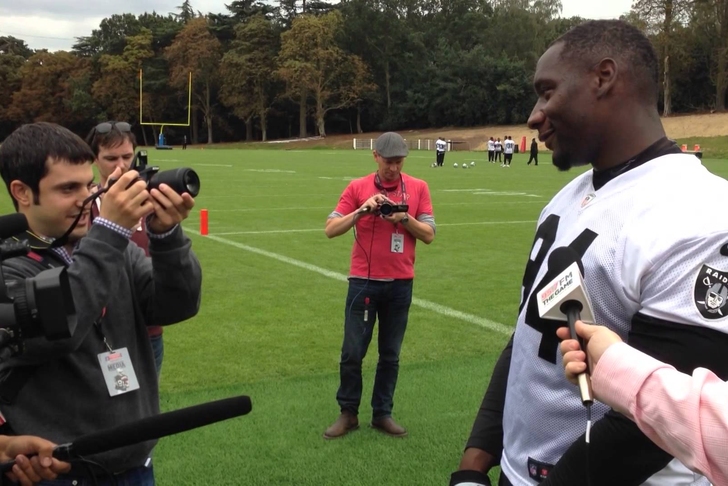 The Oakland Raiders are 0-9 and in desperate need of a win heading into Sunday's game against the San Diego Chargers. Rather than buckling under the pressure and all of the critics calling the team out, defensive tackle Antonio Smith remains diligent.

"You can go one of two ways. You can stay down into the pit, or you can try to climb your way out,” Smith said, via Scott Bair of CSN Bay Area. “If you aren’t positive, you aren’t trying to find your way out. All you’re doing is digging yourself deeper down in the hole. I ain’t ready to die yet.”

Smith has done everything to keep things in perspective for the young Raiders, even breaking out the karaoke machine at times in an attempt to loosen up the locker room as the losses have piled up.

This is especially admirable considering the fact that Smith has been on the losing end in 23 straight games. In addition to this year's streak, Smith was a part of a Houston Texans squad that lost its last fourteen games during the 2013 NFL season.

“Antonio’s personality is one that is really dynamic that way,” Sparano said. “The guy can put things in perspective really easily. He understands his job and understands that he’s a veteran player on this team. He’s been really good. I said this about Charles [Woodson] last week, I’ll say it about Antonio, too. He’s been really good for the team and really good for me as well. It’s nice to come in there and see him smiling and dressed up as a (ninja). He brings a little levity to the table.”