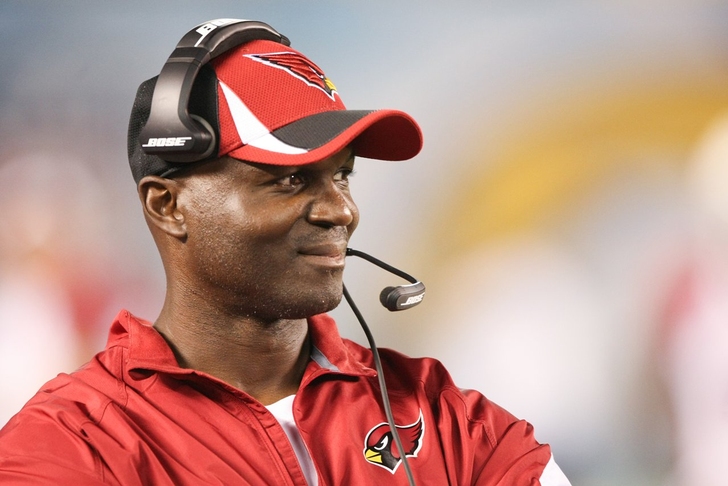 The Oakland Raiders' search for a permanent head coach is getting very interesting as the days wear on, with the latest news positioning interim head coach Tony Sparano as the favorite for the job.

ESPN's John Clayton reported on Thursday that the Raiders could be very close to taking the 'interim' label off of Sparano, with a decision possible as early as Friday.

Per Vic Tafur of the San Francisco Chronicle, Sparano has had a couple of sitdowns with owner Mark Davis to state his case for the position, but no official announcement has been made one way or the other as of yet.

In addition, Arizona Cardinals defensive coordinator Todd Bowles might be out of the mix for Oakland as Tafur indicates the Raiders were "told to get in line behind the Jets, Falcons, 49ers and Bears. (He has interviews with those teams the next four days.)"

The Raiders are unlikely to be willing to play the fifth wheel in order to land Bowles' services.