Raiders News: City Of Oakland Wants To Lock Up A Raiders Stadium Deal 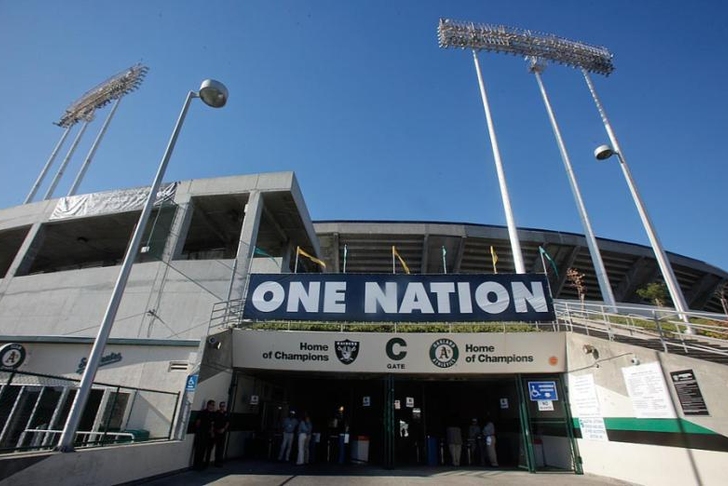 The Oakland A's are making serious noise about extending their lease at the Oakland Coliseum, but the city reportedly intends to lock up a deal with the Raiders before they consider the Athletics' proposal.

According to Sports Business Daily, the city of Oakland is attempting to engage with Raiders owner Mark Davis over a new stadium deal in the immediate future, and they won't discuss a renewal with the A's until the situation with the Raiders is settled.

Under the terms of the deal, the A's would pay for the majority of their lease with $10-12 million stadium improvements, including a new main scoreboard and improved smaller ones between the lower and upper decks.

While the deal would please the majority of A's fans, who want the team to remain in Oakland, the Raiders are less enthusiastic about sharing the Coliseum. The city of Oakland will try to placate those concerns and come to an agreement with the Raiders before they address the A's proposal.