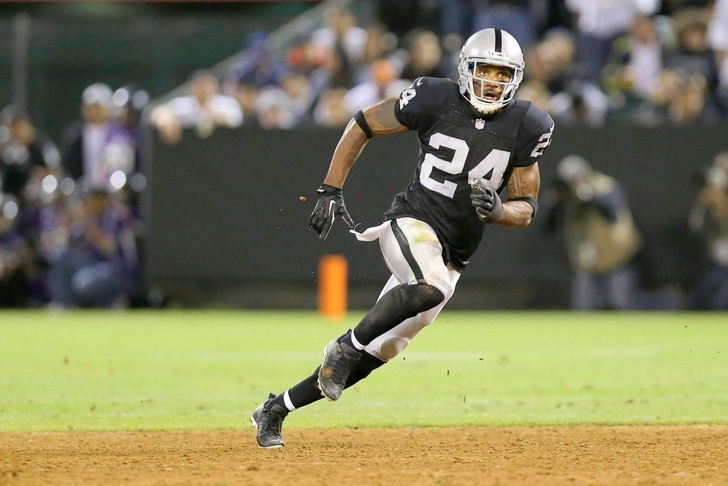 Oakland Raiders safety Charles Woodson has been named the AFC Defensive Player of the Week. Woodson, who was the NFL's Defensive Player of the Year in 2009 as a cornerback for the Green Bay Packers, put on a defensive show on Sunday. Woodson returned a fumble for a touchdown (his 13th, tying him with Darren Sharper and Rod Woodson for the most defensive TDs in NFL history), had four solo tackles, and sealed the game with a late interception of Philip Rivers - Oakland's third of the night.

The Raiders won Sunday night's game 27-17 against the San Diego Chargers, and Woodson's dominant defensive display was a large part of the reason why. Up next? Another AFC grudge match against the Kansas City Chiefs at Arrowhead stadium.

An interesting note - when Woodson won the Heisman Trophy with Michigan in 1997, AFC Offensive Player of the Week Geno Smith was seven years old.

Raiders to play a home game in London in 2014