Raiders NFL Draft Rumors: Everything You Need To Know Heading Into Draft Week 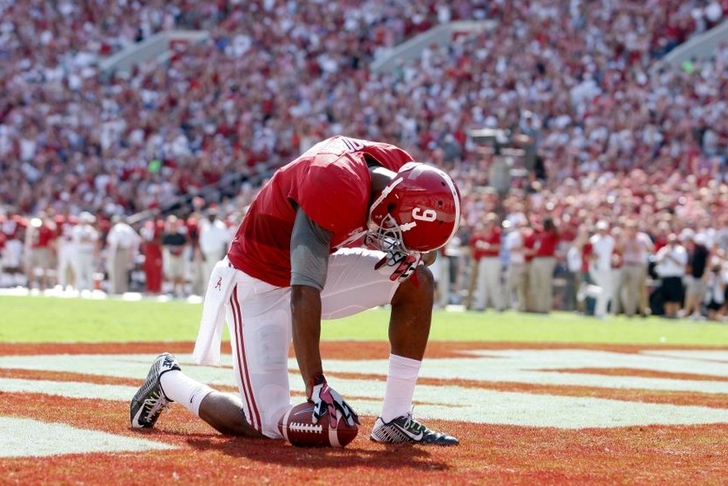 The 2015 NFL Draft is just a few days away, and there’s plenty of reason to be excited about the festivities in Chicago if you’re a Oakland Raiders fan. Here’s our breakdown of everything Raiders fans need to know heading into draft week.

Is Leonard Williams A Top Target Or Not?

While some have speculated that the Raiders would bypass highly-touted USC defensive lineman Leonard Williams if Alabama WR Amari Cooper is still around, ESPN’s Bill Williamson thinksthe Raiders would do “backflips” if Williams falls to #4:

I think Oakland would do backflips if Williams fell to them at No. 4. While anything can happen on draft night, I’d be completely shocked if Williams is bypassed by Oakland if he is on the board at No. 4. I have gotten the sense Oakland is extremely high on Williams and he is the player the Raiders most covet.

The Raiders do have needs all over the field including wide receiver, but this is a deep enough draft that Oakland can pluck Williams at #4 and still find some major gems elsewhere down the draft order.

The talented Alabama wide receiver reportedly met with ten teams slated to pick in the top twelve of the 2015 NFL Draft, but the Raiders weren't one of them.

Per CSNBayArea.com, "the Raiders were the only team in the top 10 not to schedule a pre-draft visit with Cooper."

While this doesn't mean too much when it comes to the Raiders' draft preferences, it'll be interesting to see if they pass on Cooper when they hit the clock.

Vic Beasley A Serious Option At #4?

The Oakland Raiders have been connected to almost every top non-quarterback prospect in the 2015 NFL Draft, and there’s yet another intriguing name to add to the team’s list of options for the #4 pick.

Per Rant Sports’ Calvin Cross, “according to NFL Network’s Ian Rapoport, the Raiders sent a horde of coaches to a private workout with Beasley" earlier this month. Included in the group who scouted Beasley was defensive coordinator Ken Norton Jr., linebackers coach Sal Sunseri and defensive line coach Jethro Franklin.

Beasley’s worth to the Raiders at four might be contingent on just how the first three picks play out. If USC’s Leonard Williams and perhaps Alabama WR Amari Cooper somehow both leave the board, Vic Beasley could be a backup plan.