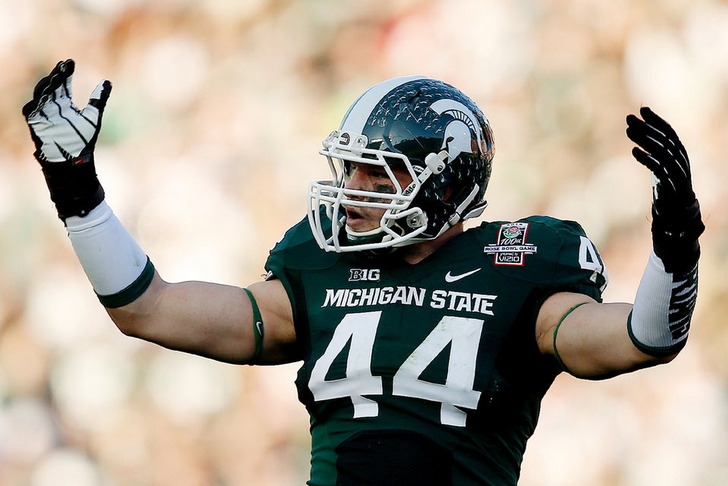 The Oakland Raiders have worked out Michigan State linebacker Marcus Rush, according to Draftinsiders.net.

Rush started 53 straight games during his four-year career and as a four-time All-Big Ten Honorable Mention, but didn't get an invite to the NFL Combine.

The 6-2, 247-pounder played defensive end throughout his entire college career, but will transition to linebacker at the NFL level. He is projected to be a late round pick or an undrafted free agent.