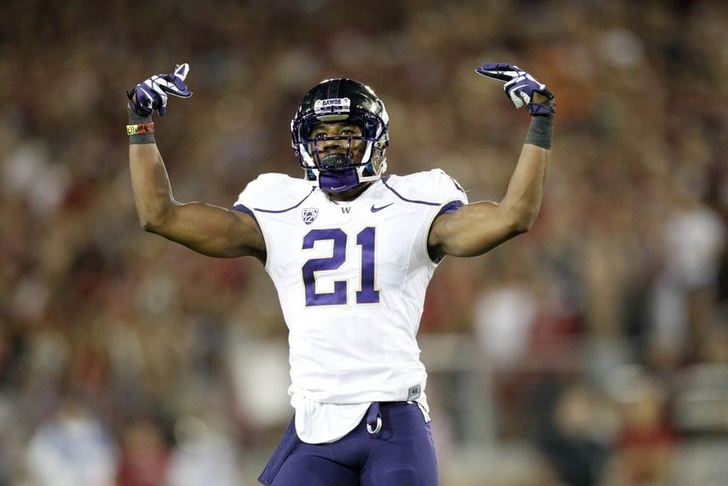 Peters is from Oakland often speaks about the importance of his Oakland roots, including calling  Seattle Seahawks star running back Marshawn Lynch "a great Oakland citizen" at the NFL Scouting Combine in February.

Raiders general manager Reggie McKenzie has plenty of personnel holes to fill, but they may use more than one pick to upgrade their cornerback position.

Peters has major attitude questions stemming from his dismissal from the Washington football program in November, but he has all of the physical tools and talent to be a star in the NFL.

He's projected to be a late first- or early second-round pick, and the Raiders could be hoping he falls to them with the No. 35 overall pick.