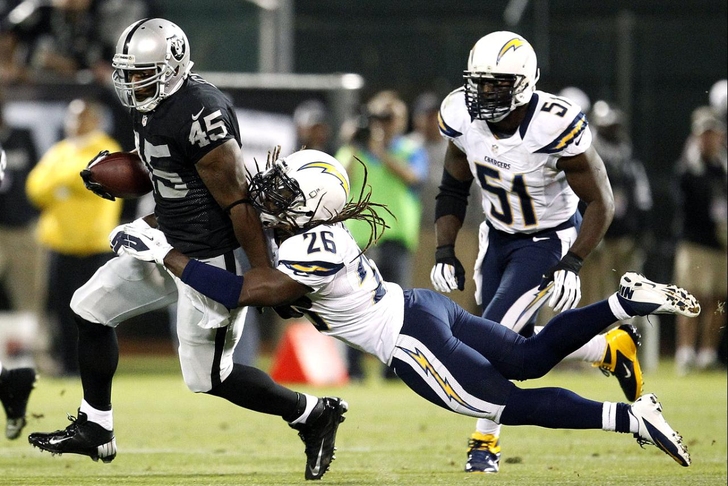 The San Diego Chargers pulled in to the O.Co Coliseum in Oakland ready for a football game. What they got was the ultimate in rude awakenings from a group of Oakland Raiders fans.

As reported by Mike Florio of NBC's Pro Football Talk, "according to Chargers P.R. rep Jennifer Michy (via Michael Gehlken of U-T San Diego), the San Diego bus was pelted with eggs as it pulled up to the stadium in Oakland."

To the Chargers' credit, employees on the bus reportedly laughed it off and took photos of the egg barrage.

However, the first shot...errrr, egg has been fired in the renewal of this AFC West rivalry.