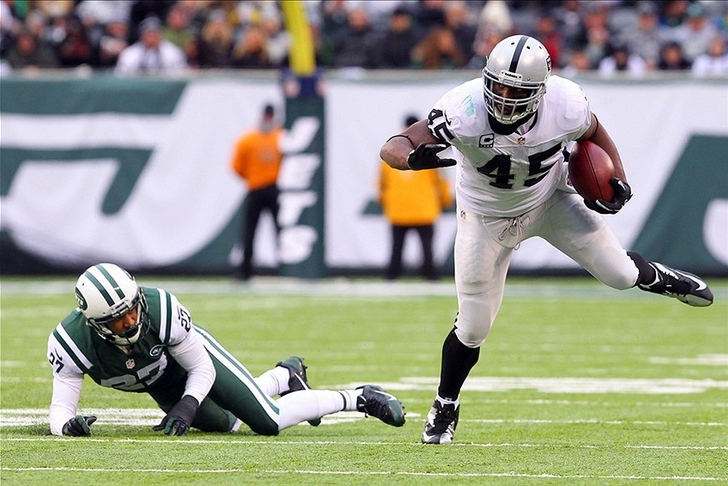 The Oakland Raiders will take the field Sunday in New York, led by rookie quarterback David Carr. He draws Geno Smith and the Jets in his first career NFL start.

This is a matchup of two young quarterbacks expected to carry their respective franchises moving forward.

Key Stat: The Raiders are one of four teams whose top passer (Terrelle Pryor - 1,798 yards) and top rusher (Rashad Jennings - 733 yards, six touchdowns) from 2013 are no longer on the roster, alongside Cleveland, Houston and Tennessee.

New York Outlook: The Jets finished 2013 strong, winning three of their final four games to finish the season at 8-8.

After struggling early in the season, Geno Smith began to show improvement in the latter half of the season, including four total touchdowns and no turnovers in his last two games.

He will have improved weapons this year, with the signings of Eric Decker and Chris Johnson, in what New York hopes will be a step forward for the offense.

Oakland Outlook: David Carr beat out Matt Schaub for the starting role, giving the Raiders an early look at their potential franchise quarterback.

With off-season additions Maurice Jones-Drew and James Jones, the Raiders offense is looking to make strides after posting one of the worst offenses last season.

Defensively, the Raiders went out and added a few veterans in LaMarr Woodley, Justin Tuck, Tarrell Brown and Carlos Rogers to revamp the unit.

What to watch for: All eyes will be on Carr for the Raiders, as he goes against a depleted Jets secondary. While there will be some growing pains, Carr has a chance to post a solid stat line depending on how conservative Oakland is with their young quarterback.

On the other side, Geno Smith will look to find new additions Decker and rookie tight end Jace Amaro, and establish the run with running back tandem Chris Johnson and Chris Ivory.

What they're saying – Jets:

What they're saying – Raiders:

How will Carr fare against in-game adversity? (CSN Bay Area)

This should be a tightly contested game that will come down to whichever team makes a play late in the game. Carr's inexperience could come back to hurt him, especially if he is forced to lead a game-determining drive late in the fourth.