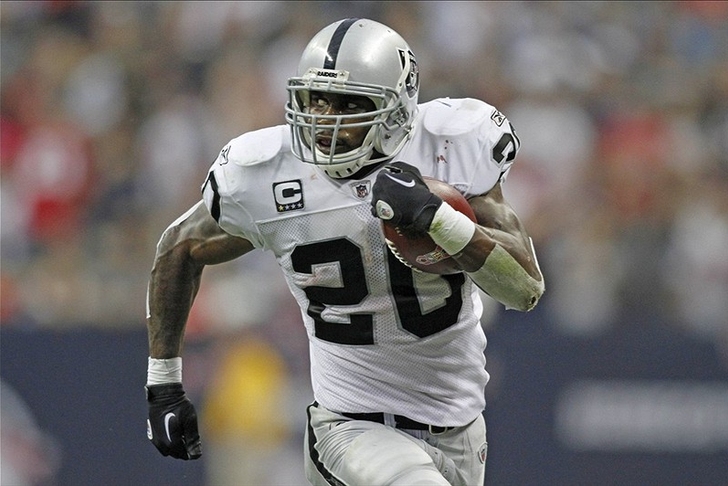 After a tough loss on Monday Night Football to the Denver Broncos, the Oakland Raiders will try to rebound this weekend against the reeling 0-3 Washington Redskins. On paper, this is a favorable matchup for Oakland, but reports are surfacing that Terrelle Pryor, who left Monday night's game with a concussion, won't play on Sunday. Pryor has been medically cleared to play, but the Raiders are still being extremely cautious with their starting quarterback.

The Raiders are 1-2 following Monday's loss, and although they're under .500 they've still outperformed expectations so far this year. Both Monday night's game and the Raiders' season opener against the Indianapolis Colts were expected to be blowouts, but the Raiders took Indianapolis down to the wire and put up 21 points on an elite Denver defense.

The Redskins, expected to contend in the NFC East this season, have been highly unimpressive. Robert Griffin III is well into his sophomore slump, with five touchdowns and four interceptions so far this season. The Redskins offense has been poor, but their defense has been worse - they're ranked 31st in the league in both passing yards allowed per game and rushing yards allowed per game. The Redskins were able to remain competitive with Philadelphia in week 1 and Detroit in week 3, but the week 2 blowout in Green Bay exposed the Washington defense and laid down a blueprint for the raiders to follow. Let's break down each team's offense and defense to see who has the advantage in Sunday's matchup:

The Raiders were expected to have one of the NFL's worst defenses this season, but three games in they're 3rd in the NFL in rushing yards per game. Their passing attack has been weaker, putting up just over 200 yards per game, and that's mostly thanks to the bare-bones offensive line they've been forced to play after injuries depleted an already-thin pool of options. Terrelle Pryor has been the perfect fit for a team with such poor pass protection, and his ability to scramble and pull big plays out of thin air has been the main factor behind Oakland's offensive production (they're averaging just over 20 points per game).

If Pryor doesn't play, things don't look quite as good for the Raiders offense - backup QB Matt Flynn has the much less mobility and needs time in the pocket that this offensive line won't be able to give him. Without Pryor, the Raiders will lean heavily on running back Darren McFadden, who was electric against Jacksonville but completely stymied in Denver (Run-DMC picked up 129 yards against the Jaguars, but just 9 on 12 carries against the Broncos).

If Pryor is out, Oakland's fate in this game will come down to how well the offensive line can block for McFadden, and how much he can do against Washington's porous defense. Raiders fans should also keep an eye on Rod Streater, who has outperformed expectations so far this year and will likely be Matt Flynn's main target if he lines up under center.

The Redskins offense unsurprisingly lives and dies with RGIII, and he kept them competitive against the Eagles and Lions but doomed them with his no-show against the Packers. Alfred Morris is a decent but not spectacular running back, and his production will depend on how much help he gets from his offensive line. The Raiders will have to hope their patchwork secondary can contain Pierre Garcon, who has 280 yards on 23 catches so far this season.

This defensive unit is a far cry from the punishing, lockdown Raiders defenses of old, but they were surprisingly competitive against Indianapolis. It's hard to get a read on how their second two performances stack up against the rest of the league - Jacksonville is beyond incompetent and Peyton Manning's Broncos are unstoppable.

Veteran safety Charles Woodson has quickly established himself as the leader of this defense, and he's turned back the clock and looked like an All-Pro so far this year. The Raiders are still waiting to hear whether cornerback Tracy Porter will be available after suffering a concussion against Denver, but the Oakland defense will cope if he isn't available.

The Redskins D is allowing 333 passing yards and 155 rushing yards - gaudy numbers, even when you consider the quality of their opposition. The Redskins have pressured the quarterback well, racking up eight sacks so far, but they've lagged everywhere else. DE Ryan Kerrigan has been one of the few highlights, personally accounting for three of those sacks. Former Raider DeAngelo Hall has come up with two interceptions so far and returned them both for touchdowns, but he's also given up a number of deep passes.

Prediction: This is a completely different game if Terrelle Pryor plays, so we'll make two predictions.

With Pryor: Oakland abuses Washington's run defense, racking up over 250 yards on the ground in a 41-24 win.

Without Pryor: RGIII will start out hot, but the Redskins' inability to stop Darren McFadden will cost them the game, 24-21