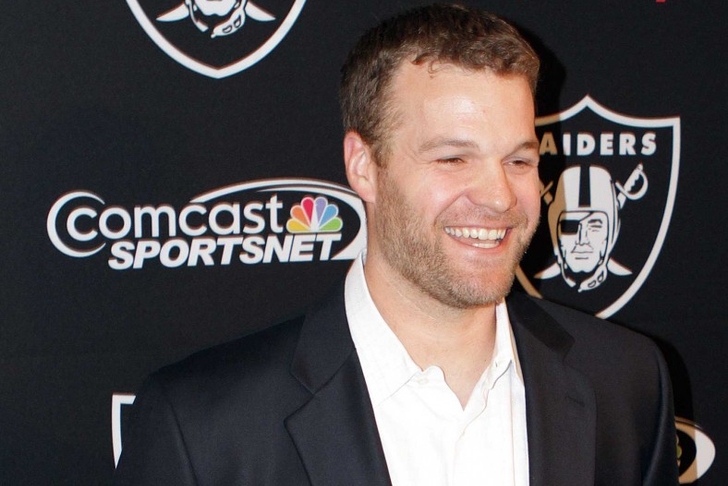 We're almost 24 hours away from the Raiders' preseason debut, and the future is as cloudy as ever for the Silver and Black. When the Raiders traded Carson Palmer and acquired Matt Flynn back on April 2nd, it was almost taken for granted that Flynn would be the Raiders' next starting quarterback - Terrelle Pryor had been unconvincing at best, and no other QBs on the roster had done anything to stand out.

Four months later, Pryor has been outperforming Flynn in camp, and undrafted rookie QB Matt McGloin is making waves of his own. According to numerous sources in Napa, Pryor's mechanics have improved dramatically, and he's maintained his mobility while cutting down on errors. McGloin has already overtaken 3rd-round draft pick Tyler Wilson (who was expected to compete for the starting job) on the depth chart, and while he doesn't have Flynn's arm or Pryor's agility, he's hardly made a single mistake so far.

In tomorrow night's game against the Cowboys, Pryor will play the second and third quarters - an obvious sign that the coaches need to see what Pryor can do against live competition. If Flynn doesn't impress in the first quarter and Pryor lights up the Cowboys D, Flynn's starting job is very much in jeopardy.

Much of the hype surrounding Flynn can be traced back to his 480-yard, 6-touchdown performance against the Detroit Lions in week 16 of the 2011 season. It's been nearly two years since that game, though, and both Flynn and Pryor have gone several years without regular starts. If neither QB impresses, McGloin will be waiting to pounce. The former Penn State QB came out of nowhere to win his last starting job, climbing up from third on PSU's depth chart after joining the team as a walk-on.

None of Oakland's quarterbacks have an impressive NFL resume to back them up, so these preseason games are absolutely vital. Even Tyler Wilson, now fourth on the depth chart, has a chance to play himself back into contention. In April, Matt Flynn looked to have the starting job locked up, but today it's far from guaranteed.