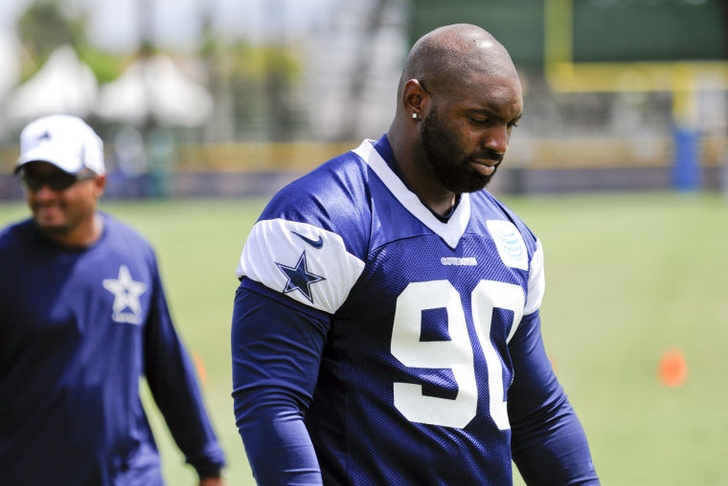 Ratliff hasn't played since week 6 of the 2012 season, when he sustained a groin injury that still hasn't completely healed. Following his release, Ratliff's agent made a statement declaring that while Ratliff had failed his latest physical with the Cowboys medical staff, he could still return to NFL action this season.

Would Ratliff make a solid addition to the Oakland Raiders? He certainly fits the profile - he's a veteran available on the cheap (Dallas is still on the hook for $7 million out of his massive contract extension), and he feels like he has something to prove after the way the Cowboys unceremoniously dumped him.

Ratliff would have to transition from the 3-4 to the 4-3 - While Dallas made the transition to the 4-3 this season, Ratliff still hasn't had any practice with it, and that could be a (minor) stumbling block. There's also the matter of Ratliff's health - at age 32 and after over a year on the sidelines, how much can he really offer?

No teams have gone public with interest in Ratliff yet, but there are no doubt a few seriously considering him. The Raiders don't have any players up front with a resume that comes close to Ratliff's, and even though he's had considerable time off, he'll be an asset if he can provide 70% of what he brought to the table in Dallas. If Oakland can get him on the cheap, they should strongly consider making a move before offers for the player start coming in from elsewhere.