Oakland Raiders News: The Raiders will play a home game in London in 2014 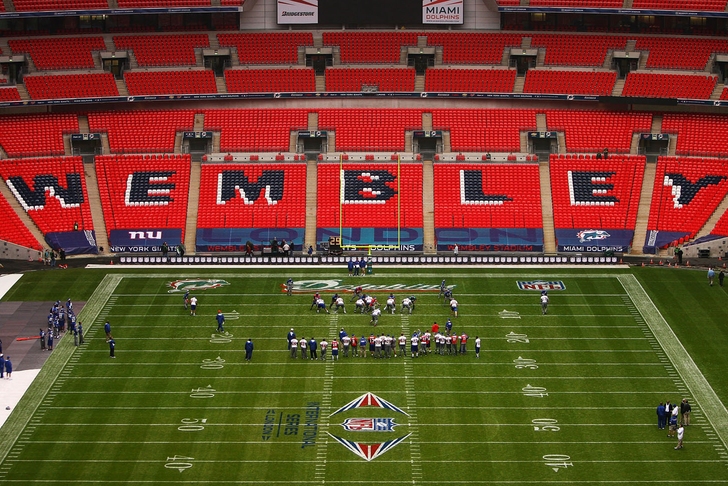 The games will all be played at London's Wembley Stadium, and the third contest in London (up from two this year) is part of the NFL's drive to broaden their international brand.

"Our fans in the UK have continued to demonstrate that they love football and want more," Goodell said. "The fan enthusiasm for our sport continues to grow. We hope that with three games in London next year, we will attract even more people to our game."

The dates of next year's London games as well as the opponents for each "home" team will be announced later this season.

The Raiders are actively seeking to play somewhere other than the Oakland Coliseum, and while owner Mark Davis is exploring options elsewhere in the Bay Area, he hasn't ruled out a move further away.

VIDEO: Watch the Oakland Coliseum transform from a baseball field to a football stadium