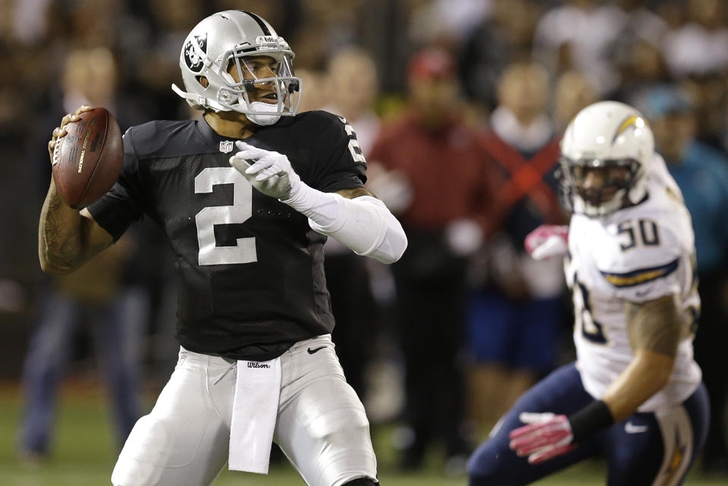 Oakland Raiders QB Terrelle Pryor has already shown a work ethic that has coaches raving, and he isn't letting up even though the Raiders were forbidden from practicing as a team last week during their bye week (a condition of the CBA). Pryor is far from happy with Oakland's 2-4 record, and brought in outside help to work on his form and technique.

Tom House, a former MLB pitcher and baseball pitching coach who has transitioned to working with football players, traveled to Oakland on Sunday to work with Pryor. House has previously tutored Drew Brees, Tom Brady, Alex Smith, Carson Palmer and Matt Cassel. He currently works as a pitching coach at USC. Raiders OC Greg Olson recommended House to Pryor during the offseason.

“We went to a local field and got in some good work.” Pryor said after practice Monday.

The Raiders host the Pittsburgh Steelers (2-4) on Sunday. The Steelers have won two straight against the New York Jets and the Baltimore Ravens after opening the season 0-4.