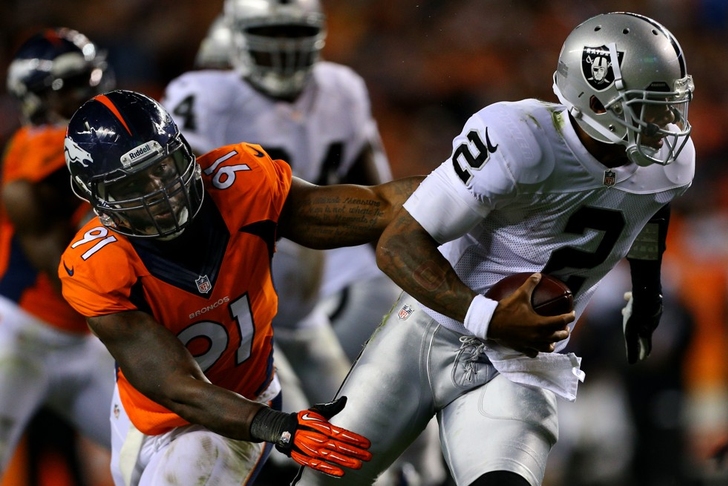 According to NFL Commissioner Roger Goodell, the Oakland Raiders followed proper protocol when dealing with Terrelle Pryor's concussion in Denver on Monday night. Pryor was concussed late in the fourth quarter, and although he remained down for a moment after the play, he remained on the field to finish out the series before exiting the game and being replaced by backup Matt Flynn.

"You obviously want to have him evaluated as soon as possible," Goodell said to NFL Media's Judy Battista. "But again, he showed no symptoms, he jumped right up. The reason we were able to detect it was we saw the impact of the hits. That means the system worked. Would I like to see it happen faster? Yes."

Pryor is unlikely to play against the Washington Redskins on Sunday, and is currently listed as questionable on the Raiders' injury report.

NFL to probe the handling of Terrelle Pryor's concussion