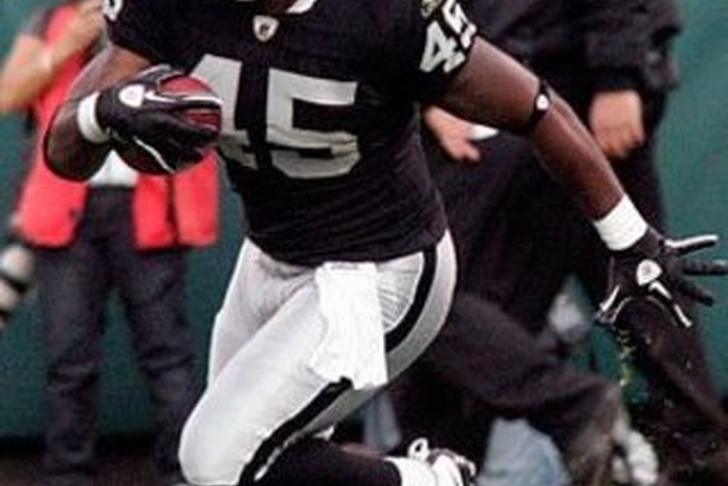 The Raiders host the Jaguars looking to build on a promising performance in week one. On the road against the Indianapolis Colts, Raiders QB Terrelle Pryor racked up 112 rushing yards and had the Raiders on the brink of a massive upset, but the Colts were able to rally and hold on for the win.

The Jaguars looked every bit the hapless leaders in the JaDaveon Clowney sweepstakes from their opening drive. The Jags opened with two straight plays for no gain, and after a three-and-out Raiders returner Philip Adams brought the ball back 30 yards into Jacksonville territory, where the offense took over after just a minute of play.

A 15-yard unneccessary roughness penalty propelled the Raiders further into Jacksonville territory, and it wasn't long before Marcel Reece caromed into the end zone after bouncing off an attempted tackle. Just four minutes into the game, the Raiders were up 7-0 - their first touchdown on an opening drive in 15 games.

The Raiders defense once again shut down Jacksonville on their next series, but it came at a cost - starting safety Tyvon Branch went down on a blitz with his leg twisted under him, and had to be helped off the field.

The teams traded field position on the next three drives, with the Jaguars making minor gains only to be denied as soon as they entered Oakland territory. Oakland began a drive with 2:04 left that took them almost to midfield by the time the quarter ended. At the end of one, it's Raiders 7, Jaguars 0.