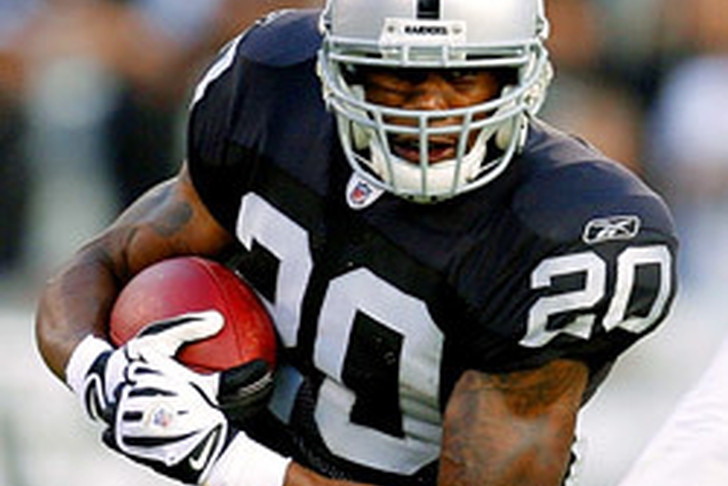 Despite a near-perfect first quarter performance by Colts quarterback Andrew Luck, the Raiders began the second quarter down by just a touchdown.

The Raiders started the second quarter by sending back the punting unit and electing to go for it on 4th-and 2 near midfield. The move turned out to be a calculated attempt to draw the Colts offsides, but it backfired and the Raiders were called for a delay-of-game penalty.

After the punt, Andrew Luck picked up where he left off. After another precise, measured drive, Luck stayed calm under pressure and found Dwayne Allen up the middle. Allen shrugged off a tackle and barged into the end zone, extending Indy's lead to 14-0.

Oakland's next drive was a significant improvement. A 29-yard scramble from Pryor brought the Silver and Black into striking distance, and Darren McFadden punched the ball into the end zone at 4:53 to give the Raiders their first taste of the end zone this season.

The next defensive sequence was similarly promising, and the Raiders finally managed to force Indy's first punt of the game. The resulting drive didn't produce much, but finally containing the Colts' attack was a definite confidence-booster.

The D built on their solid series the next time they took the field, and Lamarr Houston burst into the backfield to bring down Andrew Luck for Oakland's first sack of the season. Another three-and-out gave the Raiders the ball back with a little over a minute left in the half.

A quick drive into Colts territory gave Sebastian Janikowski the opportunity to tighten the scoreline to 14-10, but Janikowski uncharacteristically missed the 48-yard attempt. At the half, Indianapolis leads Oakland 14-7.

First half MVP: Andrew Luck. Have to hand it to the Colts quarterback, who picked the Raiders apart in the first quarter and was almost perfect throughout. Luck is 11-12 with two touchdown passes so far. Honorable mention: Terrelle Pryor, who shook off his interception on the opening drive to bring the Raiders into striking distance on multiple occasions. The Raiders offense looks much more dynamic with Pryor under center.