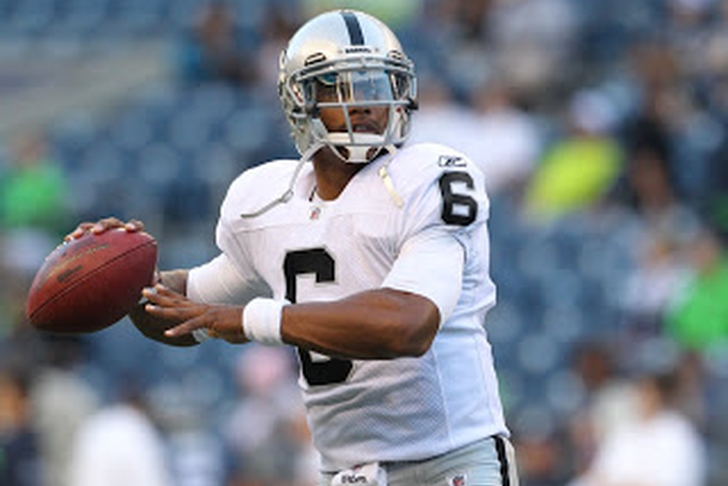 Welcome to the Terrelle Pryor era, Raiders fans, for better or worse.

Pryor's first drive began with a 9-yard completion to WR Rod Streater, and the two hooked up again moments later for an 18-yard pickup. Pryor was 4-4 and driving into Colts territory when he tried an ill-advised home run pass into double coverage, which was intercepted by Greg Toler.

So far, Pryor has shown good chemistry with Rod Streater and Denarius Moore. Despite the interception, Pryor's ability to extend plays and move outside the pocket has made the offense look much more potent than it did in past seasons.

Darren McFadden hasn't made much of an impact yet. The offensive line has looked less shaky than many feared, but it's early enough that things could go either way.

At the end of one, it's 7-0 Colts. Not a fantastic start for the Silver and Black, but there have been promising signs from the line and the receiving corps, and there's a long way to go in this one.