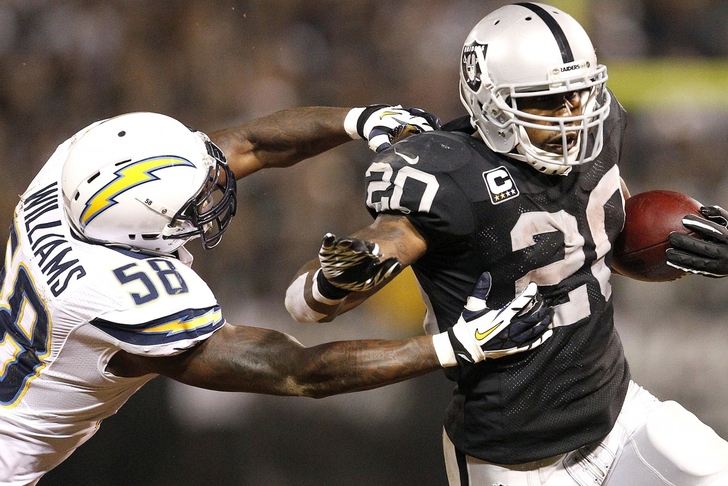 The AFC West showdown between the Oakland Raiders and the San Diego Chargers on Sunday, October 6 has been moved to the NFL Network at 8:35 p.m. PT.

The game was originally scheduled to kick off at 1:25 p.m., but was moved back over seven hours due to the Oakland Athletics' playoff game against the Detroit Tigers on Saturday night. The Oakland Coliseum will have to be reconfigured from a baseball setup to a football field, which wouldn't have been possible with such a short turnaround time.

The game will air on the NFL Network nationally, as well as a to-be-announced station locally if the game is sold out. Stay tuned to Chat Sports for information on where to stream the game live to your computer.

Chat Sports has the most complete Oakland Raiders coverage anywhere on the internet. Sign up for a free account and revolutionize your sports experience today!