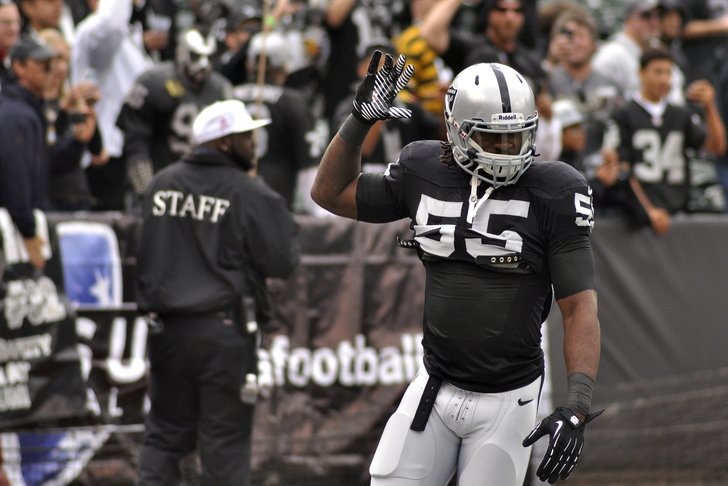 The Oakland Raiders' defense didn't just sack San Francisco 49ers starting quarterback five times in Sunday's 24-13 win at O.Co Coliseum...they also let him know just how poorly he was playing with every hit and misstep on the turf in Oakland.

Raiders LB Sio Moore wasn't done piling on Kaepernick after the game, posting this on his Instagram account Sunday night:

There's a difference between boys and Men... Freakin chump

It's unclear what exactly Kaepernick did or didn't do to elicit the Internet equivalent of a left hook, but Moore seemingly took offense to something before dropping his Instagram bomb after the victory.