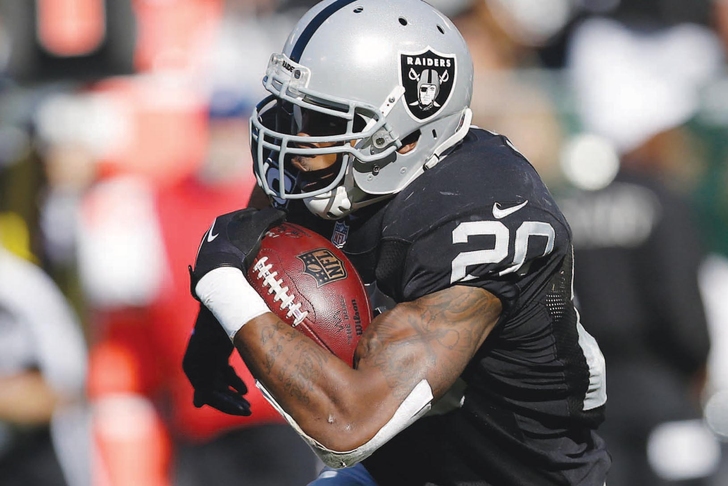 Darren McFadden picked up his yearly injury in last Sunday's loss to the San Diego Chargers, and while early reports suggested McFadden had sustained a serious hamstring injury, it currently looks as though he won't miss serious time.

So, when can Raiders fans expect to see McFadden back in action? Run-DMC is listed as doubtful for Sunday night's game against the San Diego Chargers, and everything we've heard indicates he won't be active that soon. The next game against the Kansas City Chiefs will also be too early, and it sounds like Oakland's coaches aren't willing to gamble with McFadden's health under any circumstances.

After the game against the Chiefs, Oakland has their bye, and we think that break will give McFadden the time he needs to return to full fitness. We're confident that McFadden will return on October 27th against the Pittsburgh Steelers.

This isn't 100% set in stone, and while our estimate is based on the latest reports and chatter within the Raiders organization, it certainly isn't infallible. McFadden is no stranger to "fluid" injury timetables, but we'd say we're 85% sure he'll be back in action against Pittsburgh.