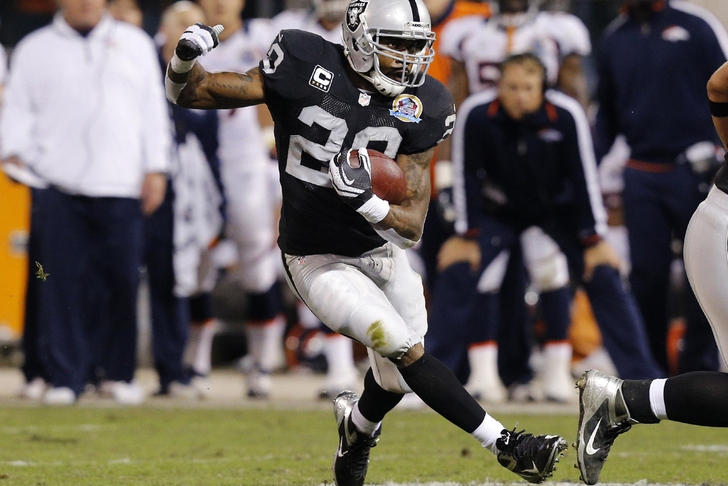 Following Oakland's disappointing loss to the Washington Redskins on Sunday, it looked like Pro Bowl fullback Marcel Reece and star tailback Darren McFadden had picked up serious injuries. Reece took a hard hit to his knee in the second quarter and was immediately ruled out for the rest of the game, and McFadden limped off with a hamstring injury that had many fans fearing the worst for Oakland's explosive, but injury-prone RB.

The latest reports are encouraging - McFadden and Reece both have injuries that the team doesn't consider serious, and while neither is expected to be available next weekend against the San Diego Chargers, they could both be back for the October 13th game against Kansas City. After the Kansas City game, the Raiders have a bye week, so it's realistic to expect that both players will be available for the first game after the bye - October 27 at home against the Pittsburgh Steelers.

The Raiders have also received positive news about OT Menelik Watson, who missed the last month with a knee injury. According to head coach Dennis Allen, Watson is on schedule to return to full practice this week, and his presence will be a huge boost to Oakland's depleted offensive line. Watson, a rookie who the Raiders took in the second round, was drafted to play right tackle, but will probably slot in on the left side of the line due to a lack of better options.