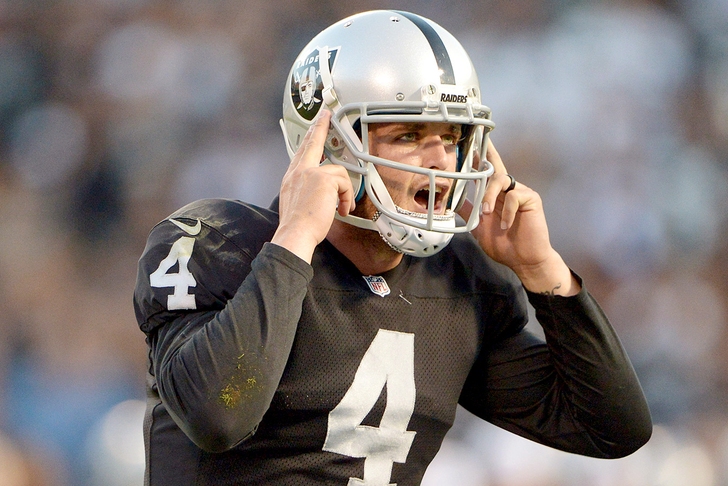 Carr, however, told Olson and Raiders coaches that he wanted to keep playing regardless of the scoreline.

“That was encouraging,” Olson said, via Scott Bair of CSN Bay Area and SI.com. “…(Taking Carr out) was discussed internally at first, and eventually with him a bit. He said he wanted to play. We didn’t feel like we were leading him into harm’s way. We felt the experience would be good for him.”

For Carr, finishing the game was something that he needed to do as a young leader for the team.

“I should be out there no matter what, good, bad or ugly,” Carr said. “For a long time, it was ugly. For me, it was really important to continue to finish. I’m all about finishing, so it was really important to me to go out there and finish. I’m glad that they kept their guys in, because I would have been mad if they weren’t. I wanted to go out there and compete one last time and just try and correct the things we’d been trying to correct all game.”

Carr completed 30 of 47 passes for 192 yards against Denver, with two touchdowns and two interceptions on the day.