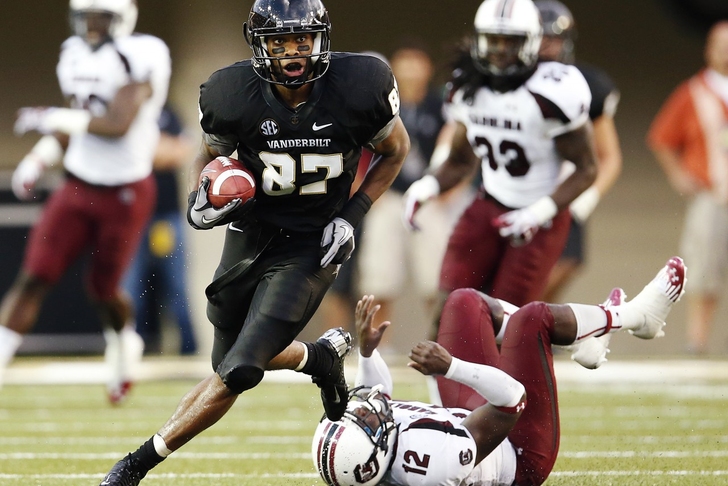 In Raiders news today, the Oakland Raiders are hosting a former standout receiver in the SEC today, with the possibility that the Raiders are targeting him for a middle-round pick in the 2014 NFL Draft.

#Vanderbilt WR Jordan Matthews is spending today in Oakland visiting with the #Raiders. So is UCF’s Blake Bortles, per @AlbertBreer.

Currently, Matthews is projected by CBSSports.com to fall somewhere in the second or third round of May's NFL Draft. CBS Sports lauds his "chiseled frame that was more impressive than higher-profile names also at the Senior Bowl," along with his "ability to make plays at all levels of the field and do damage after the catch."

The Oakland Raiders have been on the lookout for a big-play receiver both via free agency and in the draft, and it is very possible that Matthews could fit that bill.