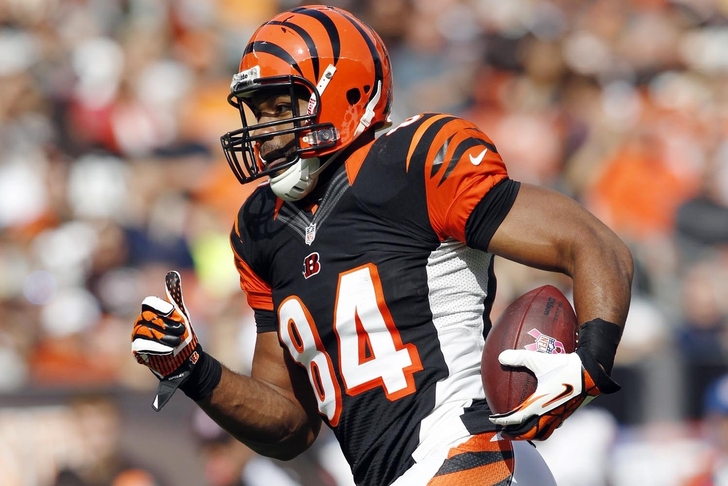 The Oakland Raiders are still interested in free-agent tight end Jermaine Gresham, regardless of the former Cincinnati Bengals standout's recent back surgery.

“He’s still on my board,” general manager Reggie McKenzie told CSN Bay Area at the NFL owners meetings in Phoenix. “We’ll see how he feels and how he rehabs and all that. Going forward, it will be more about how he wants to navigate through this.”

The Oakland Raiders were reportedly close to striking a deal with Gresham earlier in free agency, before the veteran tight end's back injury was discovered by doctors. However, by all the accounts the surgery was a success, so a potential partnership is still on the table pending how well recovery goes.

Gresham is a steady force both as a pass catcher and a run blocker. His best statistical season came back in 2012 with the Bengals, when he caught 64 balls for 737 yards.