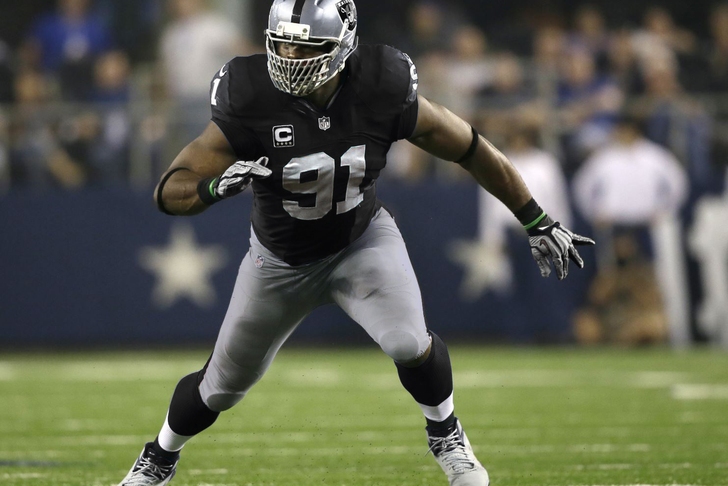 The Oakland Raiders finally got their first win of the season Thursday night against the Kansas City Chiefs, but they made their fans sweat it out until the very end.

Linebacker Sio Moore appeared to end the game with a third down sack in the final minute, and celebrated as such.

The only problem was that the Chiefs had no timeouts and were running their hurry-up offense, and were preparing to snap the ball for fourth down while Moore and rookie linebacker Khalil Mack were still in the backfield celebrating.

Veteran defensive lineman Justin Tuck saw Moore and Mack back and quickly called a timeout before Kansas City snapped the ball, saving a 5-yard penalty that would've given the Chiefs a much better chance to get the conversion.

Tuck then went over and proceeded to yell at Moore.

The Raiders stopped Kansas City on fourth down on the next play to preserve the victory, meaning everyone could laugh about the incident afterwards.

“You know how they say act like you’ve been there before?" Moore said. "I haven’t!”

Oakland's next game is Sunday, November 30 against the Rams in St. Louis.