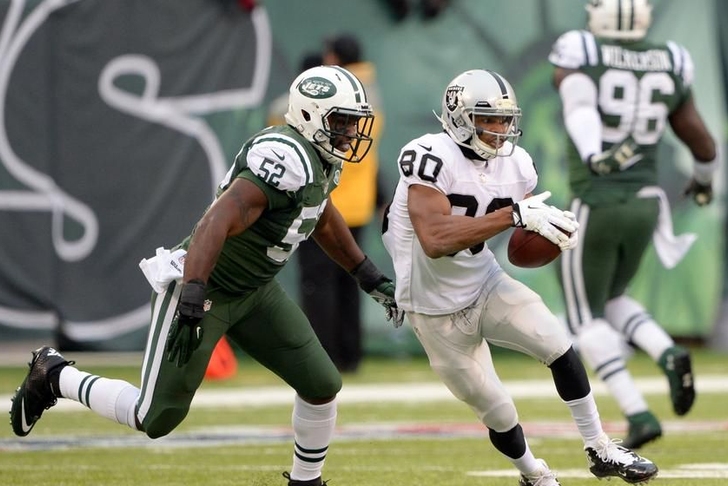 After a scrappy first half, both the Raiders and the Jets knew the game was still there for the taking, but only one team was able to make things happen after the break.

The third quarter began with the Raiders on offense, and without advantageous field position, they just couldn't get it going.

Both defenses held firm until late in the third, when Jets K Nick Folk drilled a 42-yarder to put New York up 13-7.

The Jets finally broke off a big play in the fourth quarter, with Chris Ivory finding room to burst into the second level and take off past Oakland's safeties, who weren't able to catch him. The 71-yard TD run increased New York's lead to 19-7, and it looked like this one was out of reach for the Silver & Black.

Raiders rookie QB Derek Carr gave the Jets fans in East Rutherford something to worry about, though, with a phenomenal throw that WR James Jones hauled in perfectly. The touchdown was Carr's second on the day, and it brought the Raiders within five with just over a minute remaining.

Sebastian Janikowski's onside kick failed, though, and the Jets pulled off the win thanks to some excellent defensive play.

New York still has some issues to figure out on offense, but if their defense can play like this every week, they'll be just fine. The Raiders might not be interested in moral victories after their recent struggles, but they have plenty of positives to take away from Carr's performance and the emergence of several new contributors on both sides of the ball.