Is It Time For The Oakland Raiders To Start Fresh Once Again? 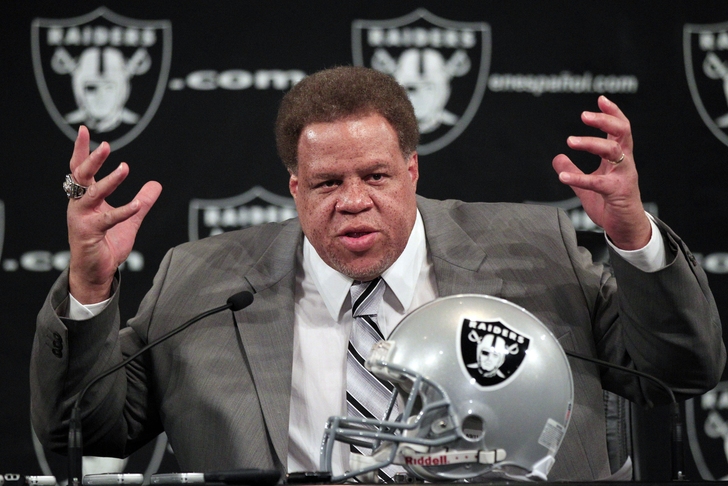 The Oakland Raiders' 41-17 loss to the Denver Broncos on Sunday was a disheartening one, especially seeing that the Broncos reeled off 35 unanswered points to turn an early 10-6 Oakland lead into a demoralizing blowout.

After watching Oakland's struggles on this day at O.Co Coliseum, Marcus Thompson II of the Bay Area News Group decided to share his solution for the 0-9 Raiders' struggles - blowing up the whole thing again and starting over one more time:

Sunday was a ringing endorsement for the departure of general manager Reggie McKenzie and every decision-maker underneath owner Mark Davis. Because if the Broncos are the class of the AFC, it was abundantly clear just how far the Raiders have gotten away from even taking the same field as those guys.

The unavoidable truth for this franchise: It's time to start over. Again. Already.

If the Oakland Raiders can't find, at the very least, a couple of wins over the next seven games, Thompson's solution might end up being the tact owner Mark Davis adopts during the long offseason ahead.

Granted, these Raiders have shown fight under interim head coach Tony Sparano. However, in a league predicated on results, it just hasn't been enough to put one in the win column.