Is Derek Carr's Brother The Newest Member Of The Black Hole? 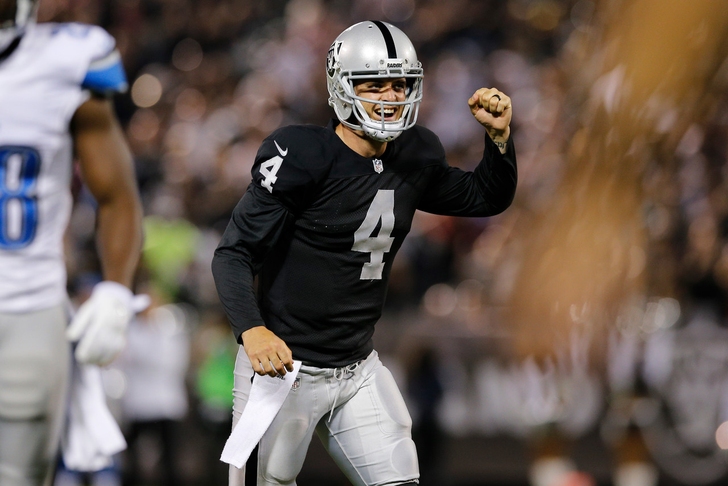 Per Bill Williamson of ESPN.com, the Raiders' south end zone, known for its hostility towards opposing teams/fans and its unwavering support of the Silver and Black, could play host to the former number one draft pick on Sunday.

"My brother said he's going and sitting in the Black Hole, all dressed up," Derek Carr said, via Williamson's article on Thursday. If David Carr does make the trip for Sunday's home opener against the Texans, however, he will likely keep his presence a secret.

"He has been sending me all kinds of pictures of different masks he might wear," Derek stated."It's pretty funny."

Does Derek actually think that David will go through with it?

"I don't know, he might," Derek saidd. "I don't think he wants to go to the game and have everyone see him."

"It's California. Everybody will notice him."