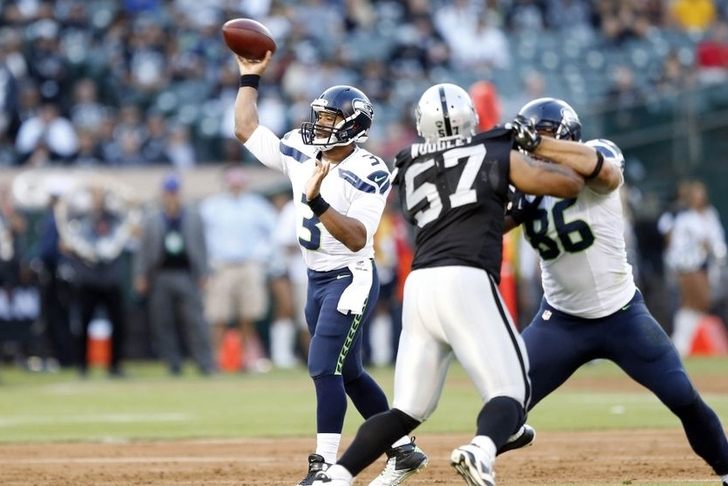 The Raiders certainly made it interesting, but the Seahawks fought off a second-half comeback and moved to 5-3 on the season with a 30-24 win.

Seattle's defense wavered in the second half as the Raiders built up some momentum, but they closed the door by recovering an onside kick with under two minutes left. Credit to the Raiders, though - no one outside of Oakland expected this game to be close.

Marshawn Lynch gets a lot of credit for his performance (67 rushing yards and 2 rushing TDs, 5 receptions for 76 yards), but we have to give it up for linebacker K.J. Wright. Wright was everywhere today, racking up 12 tackles and deflecting a pass.

The Raiders got some big help on defense from linebacker Sio Moore. Moore continued his recovery from an injury that kept him out most of September, racking up 11 tackles with a sack and a tackle for a loss. Honorable mention to TE Mychal Rivera, who picked up 38 yards and 2 TDs on 8 receptions.

Oakland committed just five penalties on the night, but they sure were costly: the flags cost the Raiders a combined 157 yards.

The 5-3 Seahawks get a visit from the New York Giants, and the Raiders will try to get their first W of the season against Peyton Manning and the Broncos, who visit Oakland next Sunday.