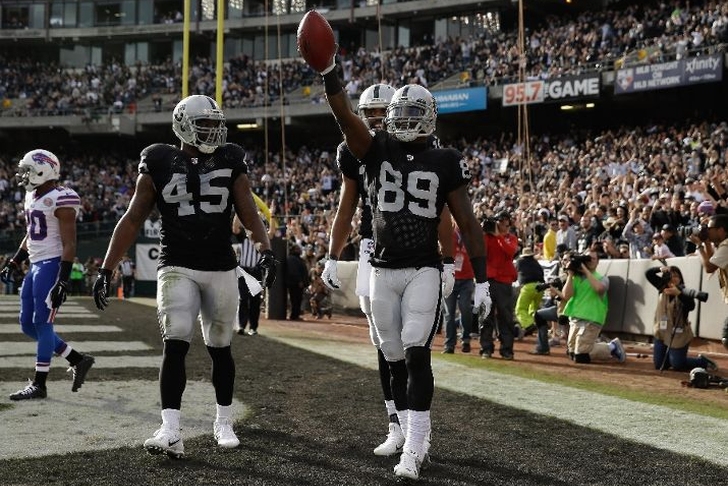 Buffalo got on the board with their first drive of the game, but Oakland took control in the first half from that point on as they took a 13-10 lead into the break. That trend continued in the second half, and a Oakland touchdown late in the fourth quarter sealed the win. The Bills are now officially eliminated from playoff contention.

Buffalo looked like they were going to get ball back down 19-17 late in the fourth quarter, but Raiders quarterback Derek Carr completed a 51 yard pass to Andre Holmes on a 3rd-&-22, keeping their drive alive. Oakland scored the clinching touchdown four plays later.

Oakland's defense stacked the box on defense to stop the run, and held Buffalo to just 13 yards rushing in the game. That forced Bills quarterback Kyle Orton to beat them, which he was unable to do.

Carr continues to look like the quarterback of the future for the Raiders, passing for 214 yards and two touchdowns against a defense that held Packers quarterback Aaron Rodgers without a TD pass last week.

The Raiders will close their season in the Denver against the Broncos next weekend, while the Bills will travel to New England to face the Patriots.