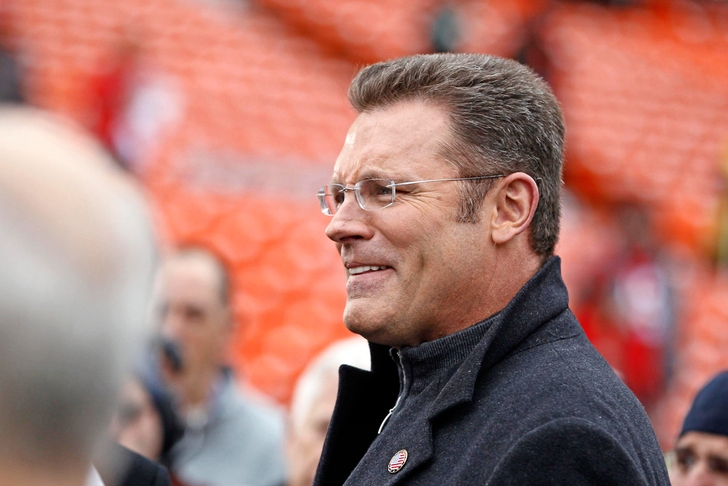 In a bizarre Raiders news update for your upcoming weekend, Oakland Raiders great Howie Long is disputing the authenticity of an alleged game-worn jersey of his that had bits of sharp metal sewn into the numbers.

Heritage Auctions claims to have possession of such a jersey, claiming Long wore the strange hybrid jersey/weapon during his tenure with the Raiders.

According to Mike Florio of NBC's Pro Football Talk, "per Darren Rovell of ESPN.com, the auction house has a game-worn Howie Long jersey that allegedly has “metal pebbles” sewn under the numbers, with the apparent intent of making any interactions between the front of the jersey and the hands of an offensive lineman unpleasant."

Long also added that, if the jersey had actually been used, why wouldn't there be tears in the jersey or numbers from the metal pebbles scraping through?

The jersey is currently standing at a high bid around $3,000. You can view it/bid on it at this link.