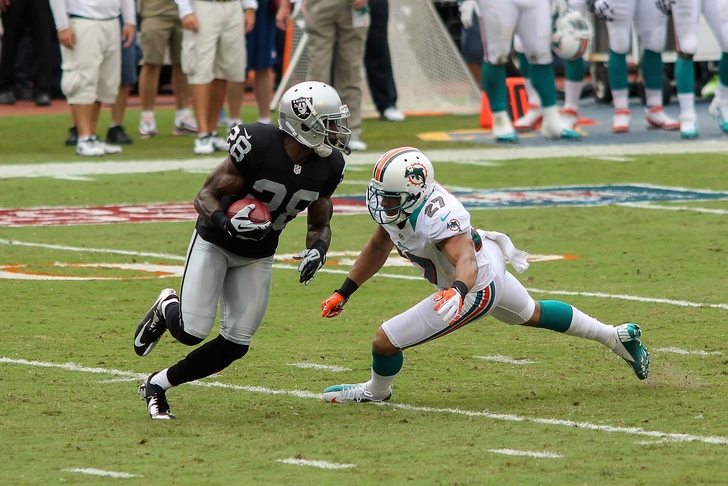 The Raiders traveled to London in search of their first win, while the Dolphins made the trip hoping to bounce back from two straight disappointing losses. In the NFL's yearly showcase at Wembley Stadium,

The Dolphins go into halftime averaging over nine yards per offensive play, and the Oakland defense just doesn't look capable of stopping them from carving out big gains. Raiders LB Sio Moore has quietly developed into a leader for the Oakland defense, and they're missing him today as he recovers from an ankle injury.

The Raiders looked excellent on their first drive, with Derek Carr's three-yard TD pass looking like a sign of things to come. Instead, Oakland was unable to replicate that success, and looked increasingly toothless on offense as the half wore on. Miami was able to score 24 unanswered points, largely because Oakland's offense just couldn't stay on the field.

With Oakland's bye week approaching, there won't be a more convenient time for the Raiders to jettison coach Dennis Allen this year. If the game continues to spiral out of control, there's a very real chance he'll be let go this week.